Although we come from the same part of the world, we only met recently. But we share a belief that we must reach across boundaries, whether political or geographic or economic, to make a difference in people’s lives. That is especially important in Africa.

The entrepreneurial spirit that can help bring changes to the people and countries of Africa is alive here in Minnesota. Businesses from the state exported more than $180 million worth of merchandise to Africa in 2010, more exports than 26 other states. These businesses include Cargill, General Mills, Medtronic, Land O’ Lakes and more.

But business by itself cannot bring change, growth and democracy – and that’s where the entrepreneurial spirit of the non-profit and educational sectors comes into play. Businesses need an educated workforce and the rule of law. Countries need democratic institutions and practices. And here again, Minnesota is a leader. 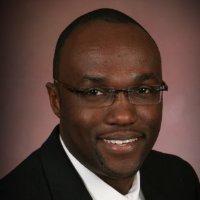 For years, groups like Books for Africa (BFA), based in St. Paul, have shipped textbooks and law books to Africa for use by students who in turn will be the future leaders of their countries. Kenya alone has received more than 1.1 million books over the last 20 years, plus two law libraries supplied by Thomson Reuters of Eagan. Neighboring East African countries like Uganda, Rwanda and Burundi also have received thousands of books from BFA through the Kenyan port of Mombasa. In all, BFA has shipped more than 26 million books to 46 African countries since 1988.

Many countries are becoming more democratic. They are having elections more regularly. Risks associated with Africa, such as war and fighting between communities have been minimized and many countries have overcome challenges. The continent is looking ahead to being a place where there’s a certain amount of predictability. In the recent past, unpredictability was another risk.

But there are still many problems to solve in education, public health and economic development. That is why it’s important for Minnesota organizations and diaspora communities to step forward and lend a hand in partnership with the people of Africa.

Hundreds of African immigrant professionals are playing important roles in Minnesota companies such as Cargill, General Mills and Thomson Reuters to name a few. These immigrants serve as bridge builders between their new home in Minnesota and where they came from. In turn they have made Minnesota companies competitive in the new global environment.

Local colleges and universities are also involved in Africa. The University of St. Thomas has been very active developing partnerships in Uganda over the last decade while the University of Minnesota through its international programs has expanded its involvement in Kenya, specifically in western Kenya through a partnership with the Kisii University College.

As African countries like Kenya and Uganda develop their educational systems, with help from organizations like Books for Africa and other organizations, they will be sought after by businesses. An investment in Kenya is an investment in the entire continent. Within four hours of Nairobi, you can fly to 24 capitals on the continent. There will be a billion people in Africa within the next 10 years.

And entrepreneurial business people and educators from Minnesota and around the world will want to be there.

The Hon. Elkanah Odembo is the Kenyan ambassador to the United States. He was in the Twin Cities May 8 and 9 for meetings with Books For Africa supporters and the Kenyan community. Tom Gitaa, a native of Kenya, is publisher of Mshale, based in Minneapolis, a newspaper for African immigrants in the Americas, and the former president of Books For Africa.