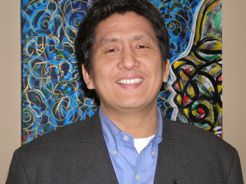 We all read about the many national “Top 10” lists Minneapolis and St. Paul show up on — just recently, the best city for biking, the most peaceful city, and the best city for women residents. But let’s not get complacent.

Recently, Charles Landry, one of the world’s leading experts on cities, was here sharing his thoughts on how to strengthen Minneapolis-St. Paul into a world-class region by leveraging art, culture, creativity and diversity to speed economic and social growth.   ­

Landry spent time in both downtowns and in several neighborhoods. He spoke with more than 1,000 people during his seven-day residency, including political and corporate leaders, neighborhood residents, and business owners. His seasoned advice below leaves us all – as the developers of our community — something to think about.

Maximize the contributions of all people and all places. Landry believes the greatest cities and regions of the 21st century will be those able to fully embrace and integrate the contributions of people from all cultures and backgrounds. To be a credible player on the global scene, Minneapolis-St. Paul must become one region, and that can only happen if people from all backgrounds become active players in shaping its future.

Make the region, city, or neighborhood the project. An event, a building, a street, or even a light rail project shouldn’t be seen as a project in-and-of itself, but as something that contributes to the greater fabric of the neighborhood, city, and region we’re seeking to create. Landry encouraged us to make sure all investments in our neighborhoods, our cities, and our region, are things that we can be proud of — as a community — for years to come.

Focus on value; invest in the future.  Over 100 years ago we invested in the creation of a world-class park system along the Mississippi River, a venture that continues to provide incalculable value to this community. Landry charged us to not only consider the immediate expense of doing something, but rather the cost of not making investments in our future.

Make something happen. Landry spoke of the need to have many “small wins,” not just blockbuster efforts. While large scale interventions can be effective, especially as a focus for a community to rally behind, they’re expensive, complicated, and take a long time to complete. So, in addition to these big efforts, it’s equally important to continue to “practice” community-, city-, and region-building by doing it every day with all of our work.

Make the invisible visible. While Landry commented on the breadth and depth of community development in Minneapolis-St. Paul – from Juxtaposition Arts and the Capri Theater in North Minneapolis to Mai Village at University and Western and the District Energy Center in St. Paul — he also noted they were all pretty well-kept secrets. A casual observer might never know about the fabulous things happening in these places. He didn’t recommend that we beat our chests about the great work going on, but he did suggest we stop keeping it secret from the rest of the world.

So, as we bask in the glory of national kudos for best this and best that, let’s rededicate ourselves to making sure Minneapolis-St. Paul continues to have a place high on those lists for many years to come. Let’s commit ourselves to leveraging our community’s  creativity, including all voices, and focusing not just on discrete projects that are “good enough” but on building great neighborhoods and cities, and a world-class, 21st century, Minneapolis-St. Paul region.

Erik Takeshita is the deputy director of Twin Cities LISC.