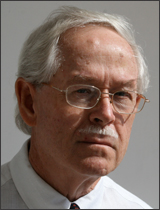 The Minnesota legislature gave final approval to its fake jobs bill Thursday. Governor Dayton will likely veto it. Monday is the date for the real jobs legislation.

The fake jobs bill is the tax bill. It should be vetoed for two reasons.

Second, these massive tax cuts won’t produce new jobs. What incentive would there be for businesses to produce new jobs if Minnesota will give you the bucks anyway? Gov. Tim Pawlenty tried that for eight years by keeping intact income tax cuts at the top. It did not work; Minnesota ended up with fewer jobs when he left office than when he started.

Just throwing money at businesses doesn’t produce jobs either. Here’s what the economic evidence gathered by the nonpartisan Congressional Budget Office says about such proposals:

“Increasing the after-tax income of businesses typically does not create much incentive for them to hire more workers in order to produce more, because production depends principally on their ability to sell their products.”

What businesses need to grow are not tax cuts, but more customers. Business taxes in Minnesota are already lower than those in most states. Large firms aren’t cash poor; they’re customer poor.

There are, however, excellent proposals available to put Minnesotans back to work, create new customers for businesses that could cause them to hire again, and improve the economy for the future.

Many of these public improvements would also make the economy more efficient in the long run. Minnesota businesses have had a hand in crafting some of these smart solutions. Examples are the Southwest Twin Cities light-rail project and the improvements at state colleges aimed at better matching student training with the real skills needed for actual jobs. A Vikings stadium, if done in a People’s Stadium manner, would meet an unmet need for an indoor arena that could host large-scale national and local events.

Proposals like these and others around the state enjoy widespread support. They are great for the unemployed, great for businesses and important for the future.

This legislative session has not gone well. Enacting real jobs legislation can help change that.