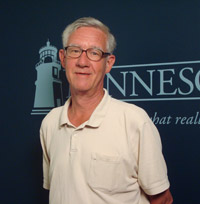 Estimates of a “secret tax” U.S. motorists pay for driving on bad roads run from $15 billion to $67 billion a year, at the top end more than double what we pay in federal fuel taxes. But while the per-gallon tax rate at the pump hasn’t budged in 19 years and remains a tiny fraction of nearly every other industrialized nation’s, the hidden levy poor pavement exacts in increased fuel consumption, mangled suspensions and premature wear and tear keeps going up.

After a one-year improvement in the statistics thanks largely to federal stimulus repaving programs, miles of Minnesota trunk highways in rough shape saw another sharp increase in 2011, according to the Minnesota Department of Transportation’s own condition reports. We now have 942 miles of the system rated poor, 197 more than the year before. Based on current cash-strapped maintenance plans, the number will more than double to 2,071 by 2021.

That would reduce more than 14 percent of the system to substandard, far above the state’s official goals of no more than 2 percent of principal arterials in poor condition and no more than 3 percent of non-principals. What’s even more discouraging is that Gov. Mark Dayton’s $357 million Better Roads for Minnesota program, which envisions improving more than 500 miles of highway over four years, will only slow the entropic trend, not reverse it.

MnDOT also predicts that by early in the next decade the system will fall below key Government Accounting Standards Board infrastructure maintenance thresholds, risking a downgrade of the state’s bonds. That would impose another tax in the form of higher government interest costs.

Minnesota isn’t alone in facing this problem. Many parts of the country are in even worse shape — led by the District of Columbia, with more than half its roads already in poor condition. “Every time we see a car that comes in from the district, you can see that its suspension is torn up,” Gil Giro, a Rockville, Md., repair shop owner, told Bloomberg’s Andrew Zajac recently. “It’s almost like the vehicle has been driven off-road. I can defiinitely tell you that bad roads cause extra damage to cars.”

I have some personal experience with this. My trusty Pontiac Vibe’s front end was knocked so far out of alignment this year that it took special-order parts and hundreds of dollars to correct it. When I asked the service manager what causes this, he answered, “Driving.” Sure, but probably not on smooth pavement.

Minnesota already pours three-quarters of its highway budget into maintenance, which includes everything from snow plowing to rebuilding broken-down roads and bridges. It isn’t enough to protect decades of investment in infrastructure that is fast approaching the end of its useful life. And the farther we fall behind on upkeep, the more expensive it gets.

A 2003 study found that for every dollar spent on preventive pavement maintenance, $4 to $10 in rehabilitation costs are saved, as well as up to $14 in life-cycle costs. It’s like the Fram oil filter man said: “Pay me now or pay me later.”

Those dollar bills needed to avert spending many more have been pretty elusive, however. And one of the biggest obstacles, according to a 2011 Brookings Institution report, is the federal highway program itself.

The authors, Matthew Kahn of UCLA and tough-minded transportation engineer David Levinson of the University of Minnesota, fault the feds for “misaligned funding incentives,” a lack of cost-benefit analysis and “mispricing of use.” Their solution: radically reform federal highway progams to direct all current fuel taxes away from new construction and instead use them to “repair, maintain, rehabilitate, reconstruct and enhance existing roads and bridges.” They call that step “Fix It First.”

But what about growing areas that really need new roads? The next part of Kahn and Levinson’s plan, “Expand It Second,” calls for a Federal Highway Bank that would offer states construction loans “contingent on meeting strict performance criteria and demonstration of an ability to repay the loan through direct user charges [read: tolls] and capture some of the increase in land values near the transportation improvement.”

Those would be tough pills to swallow, sure to be loudly opposed by any driver or landowner asked to pay more for the direct benefits of new public investment. The hit could be softened, however, by Kahn-Levinson’s final proposal, “Reward It Third.” If a new construction project met or exceeded performance targets such as on-time completion or environmental improvement, the bank would collect a reduced interest rate on the loan, resulting in lower tolls or less value capture from adjacent properties.

There’s plenty of sense in these ideas to correct the incentives and pricing around highways, even if a few oxen get gored. While the current federal highway program encourages new infrastructure at the expense of maintaining what we have, the rate of return on these greenfield projects has been declining for decades. That’s because the most economically efficient facilities have already been built, even if they’re often left to crumble. Furthermore, some studies have shown that road repairs produce more jobs and economic bang for the buck than new construction.

Congress is currently negotiating new a federal surface transportation bill, nearly three years after the last one expired. We’ve had nine temporary extensions since then, with no change in policy. The prospects for reforming the program along Kahn-Levinson’s lines range from slim to none this time. But eventually we’ll have to come to grips with the accelerating disintegration of the world’s greatest highway system and its negative effects on our economy, our job and cultural opportunities and even our pocketbooks.

Conrad deFiebre is a Transportation Fellow at Minnesota 2020, a nonpartisan, progressive think tank based in St. Paul. This article first appeared on its website.

Rough road ahead for Minnesota drivers