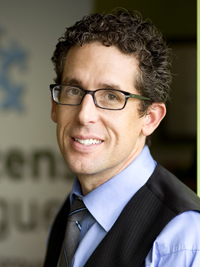 In the classic film noir “Sunset Boulevard,” when formerly famous silent-movie star Norma Desmond is confronted with the reality of her diminished movie star status (“You used to be big!”), she shoots back the famously delusional line “I am big. It’s the pictures that got small!”

The same could be said about our approaches to solving regional problems. Our thinking and politics used to be big but have gotten smaller and disconnected from reality over time. It’s time to bring renewed creativity and urgency to this issue. We need to bring “big” back, on a small scale.

The Twin Cities used to be a national leader for our innovative approaches to regional governance. Tax-base sharing (Fiscal Disparities) and the Metropolitan Council were examples of innovative ideas that became reality because we had the “civic infrastructure,” not just to think of them, but also to implement them. Responding to real needs, leaders in all sectors stepped up to make possible what was needed.

Our past economic success and quality of life are the results of thinking big about regionalism. Income growth, world-class cultural amenities, numerous Fortune 500 headquarters and an amazing system of regional parks are all products of this.

And our future success is arguably more dependent on effective regional strategies. We’re competing with mega-regions around the globe that are making smart investments in their physical and human infrastructure and approach regional problem-solving with the right mix of innovation and practicality.

Not small, but stuck

For Desmond, it wasn’t that movies got smaller — it was that they changed dramatically with the advent of sound, while she remained frozen in another era. Like Desmond, over time, Minnesota’s regional imagination and mechanisms have not adjusted to dramatic changes.

Given this, it’s only natural for parochialism to creep in and for formerly innovative ideas to seem less effective. Examples are all around us today:

• Cities think they lose through tax-base sharing, forgetting that financially healthy and stable communities make for a stronger region.

• The Met Council is largely ignored in a billion-dollar decision about a new football stadium while communities compete for it.

• Thought leaders diminish people for identifying more as Minnesotans than as residents of the Twin Cities.

• Leaders are pushing ideas — such as the proposal to remove transit operations from the Met Council or to transform the Met Council into a council of municipal and county officials — that are tantamount to saying, “We are not a region and don’t need to think like one.”

A new model: big and small

We need a new model for policy and problem-solving that matches the reality of what our region needs. The Citizens League’s mission, “rebuilding civic imagination and capacity,” is a good start.

If people in the Twin Cities want to identify as Minnesotans — great! We should challenge everyone to connect what they do every day, in all types of organizations, with what’s good for Minnesota. This is a new civic imagination that matches our civic and economic reality.

And rather than continually acting like government is either the only problem or the only solution, we need to build our civic capacity to solve problems in all organizations: workplaces, schools, community groups and congregations. The choices we make in these seemingly small places matter to Minnesota.

New regional problems are on the horizon that will only be solved through this new approach.

Look at the headlines. We’re facing a regional crisis in water quality that no government agency can solve on its own. The solution depends on farmers, cities, property owners and businesses of all sizes to change their individual actions related to run-off (non-point source pollution).

As baby boomers age in the suburbs, and as we confront the potential for dramatically higher gas prices, we face transportation problems that current systems can’t solve. What role do businesses, nonprofits, congregations, schools and families have in seeing that people can get to where they need to be as efficiently as possible? What’s the next innovation in ride-sharing and transit?

In the past, our breakthrough was creating new forms of government and policy to address our regional challenges. We need the Met Council more than ever, and we have to stop current efforts that diminish its role in municipal/county interests. It is clear we can no longer delegate regional governance to government alone.

How do we build on what Minnesotans have and imagine a way forward that strengthens our region? How can we capitalize on the capacity that Minnesotans possess by connecting it to incentives and policies that guide their daily actions in the places where they spend time and can make a difference?

The answer matters to all of us. On the new global big screen, Minnesotans need to be ready for our “close-up.”

Sean Kershaw is the executive director of the Citizens League. This commentary originally appeared in the March-April edition of the Minnesota Journal, a bimonthly publication for Citizens League members.