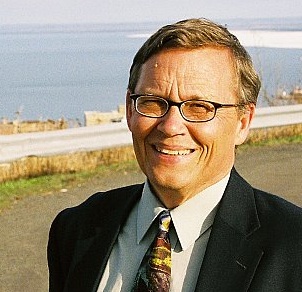 Most Minnesotans are proud to live in a tolerant and educated and broadly prosperous state that ends up on the leading edge of most everything, from business and technological innovation to arts-and-culture vibrancy, to civic health.

We are thankful not to be among those backward societies where fundamentalist religious dogma gets codified in law, or where wealthy elites dictate who gets how much money and political power (and pretty much everything else).

We got this way in large part because Minnesotans led the fight over the last century in winning rights for women, working people and the disadvantaged, and then civil rights and voter participation for people of color. Along the way we improved the status of every disadvantaged community, including the poor, the young and the old, and those with disabilities. They did better, and we all did better, and this is what it actually means to be “progressive.”

The “all in this together” mindset runs deep. Minnesota is one of the few states that never outlawed interracial marriage, even in the 19th century. And in the early 1970s, we were one of the first states to allow election-day registration and a simple process of oath-by-signature to exercise the most fundamental right of democracy. This, along with other policies conceived to remove barriers, led to our perennial status as one of the top states in the nation in voter turnout and election integrity.

Either would do great damage

So understand this, once and for all: We will do great damage to our brand and our reputation if we approve either one of the constitutional amendments on the ballot in November.

One amendment imposes a completely unnecessary and inhibiting barrier to voting — presentation of a very specific single type of “valid” government-issued photo identification — and it likely will disenfranchise tens of thousands of eligible voters in order to catch an extremely small number of fraud or voter impersonation cases each year.

The other amendment would cast in constitutional stone the second-class status of some our best friends and loved ones. It dictates that they will indefinitely be banned in Minnesota from enjoying the blessing of marriage, a civil right if there ever was one, if they happen not to be a male-female pair.

From an economic standpoint, for those of us who see business health and job growth as Job One for voters and policymakers, neither amendment does a blessed thing. Proponents don’t even try to argue that the amendments have any bearing on growth or jobs, even though large multinational corporations who fund the American Legislative Exchange Council are behind the cookie-cutter amendments and legislation that has been introduced in dozens of states. (Popular backlash against ALEC’s extremism and ideological bias has forced many of those corporations to discontinue their funding.)

The marriage-limiting amendment has generated an inspiring tsunami of opposition from business leaders like former Medtronic CEO Bill George, Carlson Companies leader Marilyn Carlson Nelson, and distinguished Republican names from Wheelock Whitney to George Pillsbury to Dave Durenberger. Business associations, from the Chamber of Commerce to the Minnesota Business Partnership, are largely silent on the amendments.

Several dozen legislators last year issued a persuasive appeal for business opposition to the marriage amendment, noting that in Minnesota 70 percent of Fortune 500 companies already offer domestic partnership benefits to same-sex couples and families. The legislators noted “nearly every company in Minnesota whose brand is well known offers these benefits.”

States and regions perceived as anti-gay or intolerant of diversity in sexual identity tend not to be economic super-achievers. Birmingham, Ala., and Oklahoma City are not replacing Seattle, Boston and California’s Silicon Valley as the nation’s creative hubs. The states and metropolitan regions that compete with us for that status already are moving ahead in welcoming and recognizing same-sex couples and families.

An even worse signal

If anything, the photo ID amendment is even worse for the signal it sends to a much broader spectrum of the oldest voters, the youngest voters, the poorest voters, the newest voters and our communities of color (and to the homeless — many of whom are veterans). State analysts have estimated that 144,000 citizens who are fully eligible to vote do not currently have a “valid” ID as required by the amendment. The groups named above are those who disproportionately lack the required IDs.

I was one of those lacking a valid ID for a few weeks earlier this year. My driver’s license expired, and if an election had been held, my ID would not have been valid. The amendment sets up a brand new and still mysterious system of “provisional ballots” for those who lack valid ID, putting the onus on the voters to prove their eligibility. And that creates a whole new realm of nightmarish complexity and uncertainty, requiring further legislative debate and clarification if the amendment passes. And it’s all likely to further undermine public faith and confidence in the system.

Honor system, with checks and balances

Swearing under threat of felony prosecution that you are legally eligible to vote and live in the precinct in which you are voting has worked remarkably well for Minnesota. It’s an honor system, but one in which plenty of legal checks and balances exist, and allegations of fraud or systematic abuse are quickly investigated and punished.

Frequently one hears the simplistic cliché that if you have to produce a photo ID to use a credit card to buy groceries, it shouldn’t be too hard to do so before voting. I like how state Sen. John Harrington of St. Paul responded to that argument during a debate last month, as reported by MinnPost: “Buying baloney at the Cub isn’t the same as the right people fought and died for,’’ Harrington said. “Buying baloney is a contractual arrangement … . Voting is a fundamental right.”

Both the marriage and photo ID amendments are cleverly worded and marketed to appear to be protecting us from something, and they also pander to popular and unfounded fears of those who are not quite like the (declining) majority of us, who don’t quite fully belong yet. We can all do better than that.

Dane Smith is the president of Growth & Justice, a progressive public-policy organization based in St. Paul. A version of this column originally appeared in the St. Paul Legal Ledger Capitol Report.