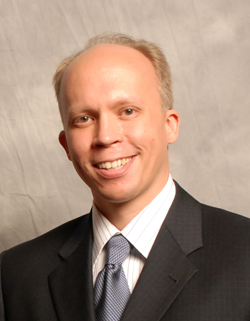 The American Legislative Exchange Council (ALEC) is under siege these days from a well-funded and coordinated smear campaign driven by a variety of left-wing organizations and politicians. ALEC, according to its website, “provides a constructive forum for state legislators and private sector leaders to discuss and exchange practical, state-level public policy issues. The potential solutions discussed at ALEC focus on free markets, limited government and constitutional division of powers between the federal and state governments.”

Minnesota is a hot zone for lefty attacks on ALEC.  Most recently, Common Cause Minnesota filed complaints with both the Minnesota Attorney General and the Minnesota Campaign Finance and Public Disclosure Board. These complaints charge that ALEC is violating state law by not registering as a lobbyist. Also, since February, MinnPost — which I consider a left-of-center  news source — published, by my count, 22 stories with at least one snarky reference to ALEC. And throughout the legislative session, a number of bills were labeled ALEC bills by opponents as a way to discredit the bill.

All of this began last year after the left-wing Center for Media and Democracy manufactured an ALEC conspiracy in which “global corporations and state politicians vote behind closed doors to try to rewrite state laws that govern your rights.” ALEC’s crime: It develops model state legislation that any legislator can pick up and use, modify, or not use.

Plenty of organizations do this. The Council of State Governments (CSG) and the National Black Caucus of State Legislators are but two examples. ALEC’s true crime is that it is a conservative organization.

The only real differences between ALEC and these other nonprofits are that ALEC is conservative and ALEC is entirely open and transparent about their conservative position.

Oddly, ALEC gets criticized for being secretive. But it is  entirely open about what it does, how it does it, and what it stands for. Any legislator — whether liberal or conservative, Democrat or Republican — is free to join for a nominal $50 annual fee and gain access to ALEC’s resources, including meetings and model bills.

In contrast, though every other nonprofit mentioned so far — with the exception of the CSG — is left-of-center, you will barely catch a whiff of their liberal positions by reading their mission statements.

The heat on ALEC (and ALEC’s funders) rose when an ALEC-endorsed “stand your ground” law was associated with the Trayvon Martin shooting in Florida. Never mind the fact that President Barack Obama’s secretary of Homeland Security signed the law when she was governor of Arizona, as did other Democratic governors.

After all these attacks, some corporate funders have dropped away, including Coca-Cola, Mars, Wendy’s and Kraft.

Nonetheless, I’m hopeful ALEC will maintain its  funding because it is a phenomenal resource for policymakers. Funders know this, and funders know that ALEC isn’t the extremist organization the left has tried to portray. ALEC offers practical, common-sense solutions that promote economic growth, excellence in education, balanced state budgets and a just society.

But I am very concerned over how the left has used ALEC to stifle and coarsen policy debates in Minnesota.  This is Minnesota after all. We’re different. We’re supposed to be above that. We’re civil. We’re nice. I actually like and enjoy spending time with my ideological rivals, whether it’s Growth & Justice, Service Employees International Union or Legal Aid. And they at least feign enjoying time with me.

Too willing to dismiss ideas

During the legislative session, certain people in the media, policy organizations and the Legislature seemed all too willing to dismiss policy ideas just because they had some tie to ALEC. In some cases, a tie to ALEC was manufactured or exaggerated simply to torpedo the idea. Gov. Mark Dayton highlighted ALEC in a news conference where he announced the veto of lawsuit reform bills when the bills had no direct tie to ALEC.  I’m told that these bills were a homegrown product of Minnesotans for Lawsuit Reform — a coalition of Minnesota businesses and trade associations.

We shouldn’t be dismissing ideas out of hand based on who espouses the idea.

Unfortunately, Common Cause doesn’t show the same courtesy or thoughtfulness. If it’s an ALEC bill, it’s a bad bill.

Fuel to the fire

The fact is, these baseless attacks on ALEC make it much more difficult for Minnesotans to reach common ground. Common Cause and their allies have attacked ALEC for the sole purpose of tearing down a conservative organization based on its ideology. This just adds fuel to the fire within any organization or person on both the left and the right interested in doing whatever it takes to tear down organizations with opposing ideological views.

Common Cause Minnesota and anyone else attacking ALEC have plainly placed themselves in a category of groups that don’t play fair and cannot collaborate across ideologies and political parties.

For myself, how a person or entity treats ALEC has become a sort of litmus test for whether they’re fair-minded and someone I can work with.

Right now, Gov. Dayton passes my test. Yes, he referenced ALEC in his veto of those lawsuit reform bills.  But in an interview with Minnesota Public Radio, Dayton said that he would sign a bill if he thought it was good for Minnesota despite his worries over ALEC.   Dayton explained, “The source of it is something to be aware of — is part of a bigger picture — but it’s not something that determines whether I sign a bill.”  Sounds reasonable to me.

Peter J. Nelson is the director of public policy for the Center of the American Experiment in Minneapolis.