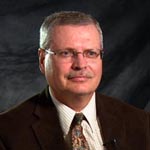 Around this time last year, Minnesota’s disability advocates were bracing for a series of devastating state cuts to health and human services programs. By July, we had a great deal of damage to repair from the 2011 legislative session.

In order to have a successful 2012 session, we immediately went to work and have repaired some of the damage — at least temporarily. This victory happened because citizens got active and made their voices heard.

Fewer community services were available for the 3,600 individuals and families who wait for them, making their wait longer. State funding to county disability programs was also cut.

The 20 percent cut to personal care attendants (PCAs) was particularly harsh. These staff provide care to relatives that no one else was able to provide. Their wages were not huge to begin with, yet they make great sacrifices to ensure their loved one can still stay at home.

Although a lawsuit delayed the PCA wage cut’s implementation, we knew there would eventually need to be a legislative solution. Disability advocates immediately collected stories from personal care attendants and their families. We met with DHS Commissioner Lucinda Jesson and other representatives of Gov. Mark Dayton. We asked the governor at public forums if he planned to reverse the cut. People attended town hall meetings of legislators around the state to share the harm that this cut would cause. Members of the media were receptive to these stories, and many published articles and posted videos about the impact.

When Minnesota received an unexpected windfall of $73 million from health plans in early April, the disability community was well-positioned to benefit. On April 4, more than 650 direct care staff, parents and other family members descended on the Capitol to speak to their legislators and rally in the rotunda in favor of disability supports. By the end of the month, the House and Senate passed and the governor signed a health and human services bill that, among other things:

A lopsided vote of approval

Not only did the bill provide a much-needed break from cuts to people with disabilities and their caregivers, but it was approved by virtually every legislator. In an era of hyper-partisanship, this lopsided vote of approval was evidence that our voices were being heard.

People with disabilities, their families, and other caregivers must continue to make their voices heard loudly and clearly in the 2013 legislative session. Since some of the 2012 victories are only temporary, our advocacy must call for more permanent solutions.

Part of the solution is a fairer tax system, one that asks all Minnesotans to contribute their share of revenues. Our agency, The Arc Minnesota, is a member of the Invest in Minnesota coalition, which has worked for the past several legislative sessions for such a system. Disability advocates must be part of coalitions like this so our voices for change will be even louder and the pressure on legislators even greater.

The issue of reforms

More revenue is only part of the solution, however. We also must speak loudly in favor of reforms in the way we support people with disabilities. The Arc Minnesota highlighted one of those reforms in a MN2020 commentary back in March about Housing Access Services, a service that provide better value for public dollars while creating better lives for people with disabilities.

The State of Minnesota is looking at other reforms to move people from more expensive nursing homes to the community, as well as give people with disabilities more control over the money they receive for PCA services. These proposals deserve widespread support

If we want more lasting progress for people with disabilities and a more sustainable future for them, our efforts must be dedicated to not only protect effective disability supports in the present, but to create effective supports for the long-term.

Steve Larson is the senior policy director at The Arc Minnesota. This commentary originally appeared on the Minnesota 2020 website.

Grassroots advocacy pays off for Minnesotans with disabilities