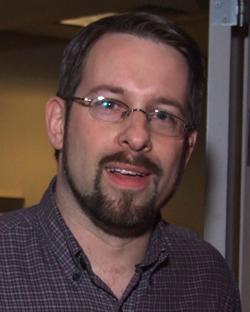 Outside of Beltway legal circles, few may be familiar with the name Jennifer Daskal, a Georgetown law fellow who most recently worked in the Justice Department’s National Security Division. Prior to her time at Justice, Daskal served as senior counsel for Human Rights Watch, the international human rights organization. While there, her work centered on legal challenges to the Bush administration’s counterterrorism policies.

Daskal’s most recent public work – a law review article entitled “The Geography of the Battlefield” – approaches this subject area from a different perspective. In “Geography,” Daskal speaks not as a critic, but as an advocate of a trans-national legal framework to guide the development of counterterrorism policy. In the process, she also articulates a vision of the Obama administration’s national-security posture that is informed by an insider’s perspective. What is most notable about her description is that it includes controversial practices that have their roots in the predecessor administration.

Over the course of the last decade, counterterrorism policy has ever been at the forefront of discussion within the executive branch. The reasons for this are obvious, given the state of the ongoing conflict with al-Qaida. The formulation of counterterrorism policy has also spurred a wide-ranging debate over the scope of state authority, and of presidential power in particular.

At the dawn of the current conflict, the Bush White House was assertive in its articulation of broad executive powers, and in its expansive readings of laws passed by Congress. In contrast, the Obama administration has been more circumspect about describing the scope and basis of its counterterror posture.

As the Obama presidency has worn on, however, it has become clear that the administration’s posture – while diverging from Bush-era assumptions – diverges only by matters of degree. On key fundamentals, there are significant overlaps that pose long-term challenges to constitutional norms.

From promises to practice

The Obama administration’s early pronouncements on counterterrorism policy seemed to clearly repudiate past practices. President Obama promised to close Guantanamo, hold criminal trials for the 9/11 masterminds, and oppose the practice of indefinite military detention at home. The president even attempted to elevate Dawn Johnsen – a strident Bush critic – to the chief job at the Office of Legal Counsel, home to the infamous John Yoo “enhanced interrogation” memos. In total, these moves were read to signal a repudiation of the “war everywhere” framework that guided the Bush team, and to reassert the primacy of law enforcement as a counterterrorism tool, with the concomitant strictures of constitutional law at work on the home front.

These early moves foundered fairly quickly. Some agenda items – such as criminal trials for the 9/11 plotters – hit significant political opposition, and were complicated by legacy issues inherited from the Bush administration. Others, such as the closing of Guantanamo, were stymied from the beginning by statutory hurdles put in place by Congress.

On the matter of indefinite detention, Obama initially took steps to remove the practice from the government’s tool kit – pulling the last remaining Bush-era domestic detention case before it could be considered for Supreme Court review. It is on this point, however, that the Obama team has back-slid the farthest, essentially salvaging the practice of indefinite detention during last year’s debate over the National Defense Authorization Act (NDAA).

These disparities – between articulated goals and actual practice – have lacked a descriptive framework to explain and contextualize them.

Daskal’s article begins by framing the debate over the war on terror in a familiar way – with broad executive war authority on one end, and “peacetime” law-enforcement tactics on the other. The mixing of these approaches on the domestic front spurred much controversy during the course of the Bush presidency, as the tilt toward war powers tended to implicate constitutional norms.

In its early months, the Obama administration talked frequently about shifting the practice of domestic counter-terrorism back toward the law enforcement end of the spectrum. In some ways it has done this, by not asserting war authority as openly and routinely as the Bush administration had. However, the White House has not forsaken such approaches in a wholesale manner. Rather, it has quietly tweaked the legal landscape in order to keep its war powers options – including indefinite detention and targeted killing – open.

The debate over using indefinite detention without charge as a counter-terror tool dates to the beginning of the last decade.  Soon after 9/11, the Bush White House asserted such authority at home, and was met with stiff resistance from elements of the legal community and civil society. The Bush administration detained three Americans in such a manner, and created a tangle of case law in its attempts to garner judicial support for its detention scheme.

As already noted, President Obama took measures to step away from this practice early on. Late last year, though, clear signs emerged that the Obama team was having second thoughts. When Republicans in Congress inserted broad and vague military detention powers into the 2012 NDAA bill, President Obama did not oppose them as violations of constitutional norms, as candidate Obama had in 2008. Rather, he opposed them on the grounds that they could constrain his national-security prerogatives.

When the NDAA became mired in congressional debate, Sen. Dianne Feinstein offered a last-minute amendment to exempt U.S. citizens from the detention provisions of the NDAA. Ultimately, it was the White House – and not Republicans in Congress – who pressured Democrats to vote down Feinstein’s amendment, which they did in significant numbers.

Finally, after signing the NDAA into law, the president issued a signing statement, pledging that his administration would “not authorize the indefinite military detention without trial of American citizens.” Such statements, of course, have little legal value, and do not even serve to bind the president who signs them. While effective as political cover, Obama’s signing statement – in lieu of a veto – betrayed his administration’s true position.

Jennifer Daskal’s writing in “Geography” clearly explicates this position, stating that the Obama administration’s theory of detention authority, “is – with minor adjustments – just as broad as that asserted by the Bush administration.”

Beyond detention, the Obama administration has also sought to enhance the use of targeted killing for counterterrorism purposes. The bounds of this policy are the subject of ongoing discussion within the administration, and of ongoing debate within the national security academy. In “Geography” Daskal urges the United States to devise a legal regime through which targeted killings can be codified and legitimized in certain circumstances.  The adoption of such a regime, she writes, would be “consistent with the approach already taken by the United States as a matter of policy.”

Current White House policy involves the practice of using UAV drones to deliver lethal force against individual and material targets around the world. The White House has relied heavily on the use of drone-based weapons platforms in its attacks on al-Qaida operatives overseas. The use of such tactics in a traditional conflict zone is widely accepted and raises few novel issues.

However, in late 2011, a drone-launched Hellfire missile killed US-born al-Qaida member Anwar al-Awlaki in Yemen. Al-Awlaki’s status as a U.S. citizen generated substantial press interest in the administration’s theory of how the government could engage in lethal action against a citizen without a trial, and without due process of any kind.  After all, existing case law holds that U.S. citizens overseas are still subject to the full panoply of constitutional rights (with extremely narrow exceptions).

The administration’s public position on this matter turns on the novel legal idea that the executive branch itself can offer due process through its own internal deliberations, rather than through an adversarial process. It also hinges on the addition of a number of “limiting factors” that seek to make such actions situation-specific.

The question of how far the administration has sought to extend targeted killing authority is still an open one. However, the Obama team has already placed theory into practice by killing a U.S. citizen outside of a traditional battlefield. It is important to watch subsequent developments in this arena, especially given the fact that the U.S. government – as noted by Jennifer Daskal – endorses the idea that “the conflict follows the enemy.” The extension of such a doctrine – into the domestic arena, for instance – would have troublesome implications.

Daskal’s own recommendations on targeted killing involve a qualified approach, but spur questions about how to properly cabinet targeted killing authority once its use off of the “hot” battlefield becomes institutionalized. Such questions will continue to come to the fore as this area of policy and law evolves.

The future of the executive power debate

Daskal should be given credit for articulating what has been – up to this point – a very quiet re-framing of counter-terrorism prerogatives by the Obama team. The administration has been hesitant to get into the details of just how broadly it views its powers, or to describe just how expansively it can use them. While it has started to publicly describe its theory of targeted killings, most of its substantive legal memos on this matter are still being withheld from public view.

Likewise, in a recent lawsuit seeking to enjoin the military detention provisions of the 2012 NDAA, government lawyers refused to answer questions about just how expansive the detention powers authorized by the law truly were. Because of this refusal to articulate any limiting framework, Judge Kathleen Forrest handed down a preliminary injunction in the case. From the framework that we can see, however, it is clear that the Obama administration has adopted an open-ended view of its own authorities.

Outside of certain legal and policy circles, this transformation has been largely ignored. President Obama’s base is, for the most part, unaware that their standard-bearer is operating under some of the same assumptions as his former political antagonist. Likewise, the media has largely failed to subject Obama’s executive claims to the same degree of scrutiny it had reserved for his predecessor.

In this kind of environment, it is important to watch the parameters of the debate as it develops – not only in governmental circles, but in academia and the press as well. After the tumult of the Bush years, presidential prerogatives are in the process of being institutionalized, and public opinion will have an impact on what becomes normalized and accepted.

When George W. Bush occupied the White House, large segments of public opinion tilted decidedly against his actions. Where, we may ask, are those same voices now? To paraphrase T.S. Eliot, the debate over executive power in American may end with a whimper. It is incumbent upon civil society to ensure that this is not the case.

Matt Ehling is a St. Paul-based television producer, documentary filmmaker, and writer. His organization Public Record Media is currently suing the Justice Department to get access to legal memos about UAV drones and lethal force issues.

Update — author’s note: An earlier version of this article contained a more detailed critique of Jennifer Daskal’s own counterterror proposals as set out in the “Geography of the Battlefield.” Daskal contacted me after reading it, and we corresponded about the scope of her ideas regarding the legal framework governing targeted killing and indefinite detention. My initial reading of her work diverged from the intentions that she related — particularly as they applied to the domestic arena. I read her work to open the door to a much wider “exigent” use of war tactics on the domestic front, which she noted that she didn’t intend. While still concerned about how exigent doctrines might be expanded — even within frameworks like Daskal’s — I have narrowed the focus of my piece in revisions made above.