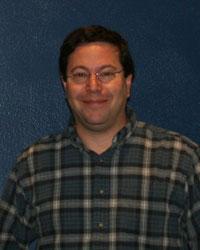 My best friend is a public school teacher, and he is a good one. For 26 years he has been teaching 2nd and 3rd grades in an inner-city school for the Los Angeles Unified School District. As a first-year teacher, he was thrust into a classroom with six different first languages, and almost every student was eligible for reduced or free lunches. He did not shy away from this daunting challenge, but honed his skills and has become a master at the craft of teaching.

Over the years, I have visited his classroom many times and acted as a “guest professor,” offering to help his students as they learn to read, write, do arithmetic, and become productive citizens. His classroom is a safe place and his students are well behaved and attentive. They are happy. They are learning.

After several years, he passed through a rigorous set of standards to become a bilingual teacher and went from a multilingual classroom to a room full of Spanish speakers who learned basic skills in Spanish and English. He and his students thrived in this environment. Eventually, the trends in public education rejected bilingual teaching, and he is now required to speak only English. He remains a great teacher.

He is currently surviving the high-stakes testing regime that limits his creativity and impinges on his craft. He and his students have survived furlough days that cut short his pay as well as the education of his students to save money in tax-starved California.

And after all this service to his community, instead of receiving praise and thanks he has a target on his back. Conservative forces in America have made public school teachers public enemy No. 1: If our schools are failing, blame the teachers. If our states are broke, it is the pensions of the greedy teachers. You name the problem and teachers are the cause.

I have many friends who are excellent teachers. I contacted five of them to ask about this plague of “bad teachers.” Combined, these five teaches have 113 years of experience. They have taught in rural and urban schools in California and Minnesota, suburban schools in Wisconsin, and internationally in Madagascar. They have, over the years, seen about 850 teachers up close and can think of only 20 who they believe should not have been teaching (three of these were because they could not deal with discipline problems caused by overcrowded classrooms).

Of these 20 “bad teachers,” only nine are still teaching. Three were dismissed using already existing administrative tools under collective-bargaining contracts and most of the rest left because it was not their calling. That nine remain in the classroom seems the result of administrators not using the tools they have more than anything else.

Think about the evidence

Still, the conservative forces blame public school teachers for everything. A colleague of mine related a story to me about a person who blamed public school teachers for failing our students. The person complained that Minneapolis and St. Paul schools failed young people of color and he put the blame squarely on teachers and teacher-preparation programs. Fed up with this garbage, my friend responded that his kids got a first-rate education in the Edina public schools with teachers who had union contracts and graduated from the same teacher-prep programs as the teachers in the Minneapolis and St. Paul school districts.

Let’s stop blaming the teachers and think about public education in terms of the evidence.

The attack on teachers is not about educating our young people. It is about ending public education and collective bargaining. It is about taking public dollars from public institutions and turning them over to for-profit corporations.

In 1995, free-market evangelist Milton Friedman wrote an op-ed piece for the Washington Post calling for the privatization of the public school system. Now almost 20 years later, we are on the verge of seeing his ideas become a reality. It is worth quoting him at length:

“Our elementary and secondary educational system needs to be radically restructured. Such a reconstruction can be achieved only by privatizing a major segment of the educational system — i.e., by enabling a private, for-profit industry to develop that will provide a wide variety of learning opportunities and offer effective competition to public schools. The most feasible way to bring about such a transfer from government to private enterprise is to enact in each state a voucher system that enables parents to choose freely the schools their children attend. The voucher must be universal, available to all parents, and large enough to cover the costs of a high-quality education. No conditions should be attached to vouchers that interfere with the freedom of private enterprises to experiment, to explore, and to innovate.”

In December 2005, a little less than a year before he died, Friedman wrote of an opportunity to privatize public schools in New Orleans after the tragedy of Katrina. He called for a radical reform of schools because they failed the students. “New Orleans schools were failing for the same reason that schools are failing in other large cities, because the schools are owned and operated by the government” (original, for purchase to read all of it); (complete free version).

The sole purpose of public educational institutions is to educate. They may not be perfect, but they have only one goal.

The sole purpose of for-profit corporations of to make money for their shareholders. Like public school systems, corporations may not be perfect, but they too have only one goal.

Do we really want to let corporations be responsible for teaching our young people? Come on, let’s get real. Let’s listen to teachers about how to educate our young people and not corporations. Let’s stop this war on public school teachers and instead honor their service and give them the respect they have earned.