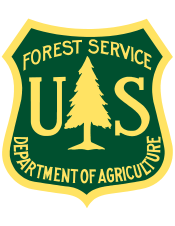 ELY, Minn. — The U.S. Forest Service motto is “Caring for the Land and Serving People.” Its mission is, “to sustain the health, diversity, and productivity of the Nation’s forests and grasslands to meet the needs of present and future generations.”

“Future generations” does not mean the 20-year lifespan of a sulfide mine. After minerals are mined out, surface resources are also depleted; harvestable trees no longer grow, wetlands are buried or full of heavy metals, and fish in affected lakes and rivers are unsafe to eat because of mercury and sulfate levels.

When did the Forest Service forget the founding intent of the agency? According to “The Forest History Society,” the first Forest Service Chief, Gifford Pinchot, had a “great and unrelenting concern for the protection of the American Forests.” It was Pinchot who used the phrase “in the long run” in order “to emphasize that forest management consists of long-term decisions.”

The Forest Service of today pretends that the inherent intent of “minerals exploration” is not to mine the land, at the same time that sulfide-mining companies are announcing their intent to mine. The Forest Service pretends the outcome of such mining is not the destruction of renewable forests, wild rice, and surface water resources – all for the extraction of non-renewable minerals.

Sulfide mining companies are drilling hundreds of boring holes connecting and carrying contaminants through our aquifers. On May 18, Acting Forest Supervisor Timothy A. Dabney said in the cover letter of the Federal Hardrock Mineral Prospecting Permit EIS, Record of Decision: “I appreciate that there are strong feelings about minerals management on the Superior National Forest. I understand that there are concerns about impacts to natural and social resources on the Forest and to the Boundary Waters Canoe Area Wilderness (BWCAW). I also understand there is interest in the benefits from economic activity associated with minerals exploration.”

Dabney used specific and positive terms, “benefits from economic activity,” to describe the mining position, but non-specific and unclear language to express the numerous critical issues regarding the environmental, public health and economic impacts of mineral exploration; hardly reflective of the “strong feelings” that do exist. If Dabney had used an antonym of “benefits” such as ”harm, loss, damage, injury, or impairment” to frame specific impacts associated with minerals exploration, he may have achieved some balance.

The single item Dabney selected in his cover letter for “a hard look,” is noise impacts from the drilling, which, while important, pale in comparison to the environmental, health and long-term economic issues that deserve a “hard look.”

On May 31, during the Minnesota Executive Council meeting at the State Capitol, the messaging had a similar tone when the council decided to approve its postponed sale of 77 exploratory mineral leases:

“This is about exploratory drilling.” “It is not about mining.” “If you deny the mineral lease sales it will send a message to investors that Minnesota is not mining friendly.” Anyone else see the contradiction?

Not one council member mentioned that Minnesota has been unable to clean up its polluting taconite mines. And no one asked the most important question. What if contamination from sulfide mining cannot be cleaned up? The Executive Council said it could not make decisions based on “what ifs,” but the entire pro-sulfide-mining campaign is based on a mantra that it can be done safely, the biggest “what if” of all.

Guilt is a powerful tool of manipulation

“We all use metals.” A message repeatedly used by members of the Executive Council, and campaigned on by mining representatives as the reason we should sacrifice our waters. “We all use metals” is a true statement used for the wrong reason. The United States has long been oblivious to its gluttonous use of the world’s resources, an attitude Minnesota mining is encouraging – and exploiting – rather than being drivers for change. Remember their fat-baby cartoon showing all the metals a baby devours in its lifetime? Not only is it shocking, it also lacks any mention of conservation possibilities. It is strictly an industry self-serving ad for consumption.

“Copper has an infinitely recyclable life … . Each year in the U.S.A., nearly as much copper is recovered from recycled material as is derived from newly mined ore. … The U.S. does not depend on foreign copper … we are completely self-sufficient.” (Copper Development Association Inc.)

You would never know it after listening to the sulfide-mining lobbyists in Minnesota. These are the same folks who hid the fact that our metals would be sold on the open market, while simultaneously expounding on “national security” as their rationale for mining.

Rep. Carly Melin is still spreading the lie, “Those [our minerals] are things that China cannot take away from us, no matter how hard they try,” Melin said at the Minnesota Democratic Convention (Alexandria Echo Press).

If our minerals are mined – unless it is outbid – China already has them.

The Iron Range has a proud mining heritage, a message reiterated by the Executive Council. That does not mean northern Minnesota cannot choose a different heritage for its future – without denigrating the past of the Iron Range. From time immemorial countries and people have reinvented themselves.

What we face today is a decision about whether to allow sulfide mining in water-rich Minnesota, one of the worst places on the planet to experiment. The idea that Minnesota has to choose a “balancing act” between water pollution and mining is a sell-out of our waters. And us. It also does not address water usage, another sell-out: Minntac alone “needs ten times as much water each day as the greater Duluth area” (U.S. Steel). What astronomical amount would the proposed sulfide-mining projects add to that load, to the contaminated waters released?

The best thing Minnesota could do for itself, and the rest of the world, is to hold sulfide-mining companies accountable by enacting prove-it-first legislation. All of us could start focusing our attention on attracting jobs that preserve our wealth of water – companies that will add to our quality of life, not extract our health along with our metals.

Our children were forgotten

It angers me, when considering the Hardrock EIS and the Executive Council meeting, that no one in positions of power seriously considered the looming health impacts to our children from proposed sulfide mining. It is always about money and a comparatively small number of jobs in a rapidly automating industry.

How much is a damaged child worth? Mining companies in the 1970s and 80s did such calculations. When faced with faulty equipment at Bunker Hill, corporative board members calculated how much they would have to pay per damaged child based on a similar Texas lawsuit, decided it was worth it to continue mining, reaped their millions, and then paid a pittance to some Idaho families – whose children were among hundreds of children poisoned.

Are we not doing the same thing, minus the actual calculations? We already have 10 percent of newborns in the Lake Superior basin with toxic levels of mercury in their blood. The Lake Superior basin includes the Iron Range, its taconite mines, and the coal-fired power plants that run them. Operating on variances, they spew sulfates into our waters to orchestrate mercury methylation. Methyl mercury is the toxic form of mercury that bioaccumulates in fish, in us when we eat fish, and in our unborn babies. Taconite mines are the biggest source of sulfate pollution in northern Minnesota. Think of the implications for proposed sulfide mining. Our babies are the canaries of the mining industry, and we are ignoring the ramifications.

We tell expectant mothers not to eat fish, blaming the victims. Pat McCann, the research scientist who conducted the study for the Minnesota Department of Health and the Environmental Protection Agency, reportedly said, “Babies don’t eat fish” (Star Tribune). We have all been conditioned to avoid mercury-laden fish, to keep our children inside when air pollution is high, and to protect them from any number of environmental toxins. Wisely — but the message is that we are to blame if we do not. Corporations releasing the toxins have denied their responsibility, shifted the blame, and we let them get away with it. We have a right to clean air, a right to eat the fish we catch without damaging our unborn children, and a right to demand protection.

Back to the future

Which ironically brings us back full circle, back to the beginnings of the Forest Service. Pinchot “served as chief with great distinction, motivating and providing leadership in the management of natural resources and protection of the national forests. He continued as forester until 1910, when he was fired by President Taft in a controversy over coal claims in Alaska” (The Forest History Society).

Today, we know the effects of coal mining and coal-fired electricity on the health of all of us, especially our children. We cannot plead ignorance, or use the semi-truth of “it was another era” to excuse mining industry practices that cause pollution. We also know that the sulfide mining record of today is dismal.

So ask yourself, “How much is my child worth?”