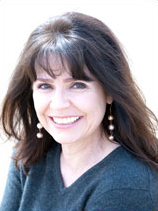 Ann Romney recently said two words that should shake dread into any communications professional. For that matter, these words should raise icy sweats in any number of people who work in politics. And really, maybe anyone who wants to be considered a member of polite, and not entitled, society should tremble at least a bit at the sound of these two words used together.

As much of world paying attention to the presidential race now knows, those two words are “you people.” To be specific, Romney said “we’ve given all you people need to know” when asked by ABC News as to whether she and her husband, Mitt Romney, the presumptive Republican presidential nominee, will release any additional tax returns.

Now to be certain, Ann Romney is not the first politician or spouse of a politician to use these words, or semblances of these words, together. And she’s not the first person in the public sphere who has become exasperated (and likely much more) with journalists and their questions. Or the questions of ordinary Americans who now, thanks to the Internet and social media, freely ask their own questions, impertinent or reasonable, of those who seek the presidency for themselves or their spouses.

Michael Dukakis, the wonkish 1988 Democratic presidential nominee who often seemed most impatient with those possessing lesser intelligence, lost that year’s election for a number of reasons. One was the sight of him in a tank wearing a helmet that made him look like Snoopy’s apprentice. Another is the fact that he was caught on video at least once saying “listen, people” while trying to explain something that he thought was not being understood by people he hoped to lead.

I don’t think former first lady Nancy Reagan was ever heard saying “you people” on the record, though there were times when you knew she just had to be thinking of saying as much, such as when she was being criticized for buying expensive new china or embarking on an extensive White House redecoration shortly after taking residence. Jacqueline Kennedy rarely spoke to reporters when she was first lady, but it was well known she considered most female journalists to be “harpies.”  Guess that comes close to being called “you people.”

I worked for a number of years as a spokesperson for a range of different organizations, including universities, a major international airline, a few nonprofits, a museum, and the federal government. If I had a dollar for every person at any of these organizations who said something like “you people,” “listen, people” or something else to journalists that was stupid, insensitive, promotional without cause or fact, or just plain arrogant, I would be able to pay cash right now for a new Audi A4 with a great many added features. 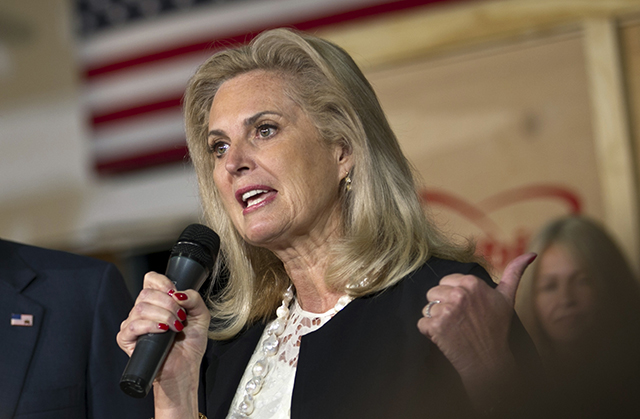 REUTERS/Benjamin MyersOne thing I have thought a lot about since Ann Romney spouted these two words is that when this sort of spout occurs, the spouter is often a person of great privilege and wealth.

I’ll never forget one physician in particular. This person, who was highly regarded by other physicians, consented to a news conference, after pleading and bleating that went on for months, as long as it did not extend even one nanosecond over 10 minutes. At the start of the conference, this physician (who arrived three minutes late, and everyone WAS counting) came right out and said to the reporters that “I really don’t like talking to you people very much.” Miraculously enough, none of the journalists reported the comment. No one would be that lucky in today’s someone, somewhere is always listening, commenting, and recording world.

Often a person of privilege

One thing I have thought a lot about since Romney spouted these two words is that when this sort of spout occurs, the spouter is often a person of great privilege and wealth (though not always, as people of few means and little power have indeed hurled “you people” at real or imagined oppressors). It is often someone who wants others, including those who do not travel in their economic and/or social circles, to buy into their cause, whether it is insurance coverage for medical procedures or donations for a new building. Or, in Romney’s case, enough votes to allow her husband to become president and she the next first lady.

This isn’t Ann Romney’s first foray into the waters of perhaps appearing too privileged or poorly spoken to court the masses. Remember her comments about choosing to stay home and raise her children? I don’t think she intends to appear superior, but I do think she, one, really doesn’t want to be in today’s public eye, and two, is not very skilled at navigating that eye.

Whether the Romneys should release more tax returns is a matter that Americans will decide soon enough. In the meantime, Ann Romney might want to consider these words of Ralph Waldo Emerson (with a gender correction):  A great man (or woman) is always willing to be little.