Anne-Marie Slaughter may just be the Betty Friedan of the 21st century with her recent article in The Atlantic: “Why Women Still Can’t Have It All.” Friedan’s 1963 book, “The Feminine Mystique,” sparked the late 20th-century women’s movement that brought a measure of equality to the workplace. Slaughter’s article may be the spark for addressing the equally important question of balancing work and family. 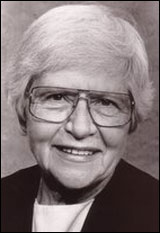 I say “may” because Slaughter’s goal is unrealistic. Nobody can “have it all,” as Slaughter defines it: a top Washington job and a happy home life, especially if your teenage sons and husband live in another city. Life is long and full of choices.

But judging from the passionate responses to Slaughter’s piece, it has hit a nerve. And I, an old feminist from the 1970s, am delighted. My generation of activist women created massive new opportunities for women and girls. We may have given younger women, such as Slaughter, the impression we solved all women’s problems, that they could “have it all,” and even all at once.

What we failed to do was make feminism socially acceptable.  It’s almost funny how some “f” words are unspeakable and others, such as family, untouchable. But there’s nothing like a good, heated argument to get people thinking. And that’s what Slaughter’s piece is doing: creating a furor.

The necessity of two incomes

It’s about time this country, and every adult citizen in it, recognized that today, for 99 percent of us, the economically successful family with children needs two incomes — usually his and hers. And virtually every woman who is gainfully employed outside the home has two jobs, one paid and one unpaid.

What’s worse, the unpaid job of taking care of home and family has little status. Once a year we celebrate Mother’s Day; the rest of the year we either overlook the importance of raising the next generation well or condemn the woman who doesn’t do her unpaid job satisfactorily. Never mind the conditions — economic or social — under which she works. To add insult to injury, we usually don’t even call the unpaid job work.

No wonder Slaughter plaintively asks if it’s still a man’s world and concludes her piece by saying: “We have to stop accepting male behavior and male choices as the default and the ideal.”  In the ideal world we would recognize the work done in caring for people, young and old, as work and give it a venerable name and status. In the ideal world we would figure out ways to balance “work,” meaning that which we do outside the home for pay, and “caring work,” that which we are supposed to do for love or as a gendered obligation.

Meanwhile, women have to make choices. The first is whether and/or when to have children. Thank goodness, my mother’s generation made that choice possible, but some still challenge that right. The second choice is how to make a living. At least we recognize now that marriage is not women’s key to economic security. Today’s girls know they have to be breadwinners a good part of their adult lives, but we don’t educate them well enough about the vital choice of with whom they want to live or marry. Love and romance are wonderful,  but floors need to be scrubbed, diapers changed — and we’re beginning to understand that education begins before kindergarten.

To solve the work and family balance problem, some women will need to take three jobs: breadwinner, mother, and leader — probably in that order. Just as no woman — or man — can have it all all at once, they shouldn’t even try, especially if they choose to have children. What’s the hurry if you are going to live past 80?

Empty nesters as our future leaders

Female “empty nesters” may well be our best, most courageous future leaders. Some will lead the charge, as Slaughter and others propose, to make school schedules match work schedules. Others will write and speak out about the many facets of life, and challenge old norms. They will organize and perhaps redefine leadership as not just having an impressive title and salary but making a better, more balanced world. As a result, we may even decide that parents of young children aren’t good candidates for high office and that we ought to develop laws and policies that value not just paid work but rearing the next generation of citizens and workers.

Friedan and Slaughter defined the problems, laid down challenges. It’s time all of us thought in terms of 21st-century realities and adapted our thoughts and actions to the future, not the past.

Arvonne Fraser is a Senior Fellow Emerita at the Humphrey School of Public Affairs, University of Minnesota, and a mother of six and grandmother of seven. She is the author of a memoir, “She’s No Lady: Politics, Family, and International Feminism.”