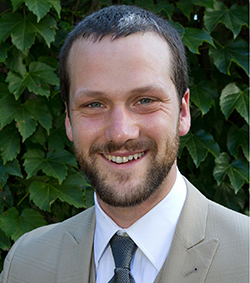 All of the concept drawings of the now-approved Vikings stadium proposal include large swaths of dedicated tailgating lots near the stadium. If Minneapolis builds these lots, the new facility will simply repeat the development mistakes of the area surrounding the Metrodome.

The city can do better. Minneapolis should reinvent tailgating so that it complements, rather than detracts from, the urban environment.

Although tailgating has some positive features – it is a big community gathering in a public space, an event during which people actually use the public realm – tailgating’s destructive qualities outweigh its benefits.

Scars on landscape, except for 10 times a year

To begin, tailgating only occurs before 10 home football games a year. Thus, if the city designs and designates zones for tailgating and not for any alternate community uses, these zones will be scars on our urban landscape for an overwhelming majority of the year. One only need look to existing downtown surface parking lots to confirm this.

Second, tailgating as it exists today is an inherently car-centric activity. This makes sense in light of the fact that modern tailgating dates to the 1950s, a car-centric anti-city decade. The auto show was born in the 1950s. Highway planner Robert Moses’ influence on American cities peaked in the 1950s. In 1954, Minneapolis’ last streetcar line closed. And in 1955, Minneapolis leaders concocted a plan to raze one third of downtown Minneapolis, including the old Gateway Park and the Metropolitan Building.

These 1950s decisions and developments helped gut Minneapolis. The 1950 Census recorded an all-time-high 521,000 Minneapolis residents, but by 1960 Minneapolis’ population was in a tailspin. The city’s current population hovers under 390,000.

Minneapolis is now rebuilding its urban spaces. The region is developing a light-rail system. The mayor is pushing for a new streetcar network. The Downtown Council and Downtown Improvement District are pushing for walkable public green space and street-level retail. Do we really want to plan urban spaces that hark back to the car-focused age when America undermined its cities?

If Minneapolis politicos are serious about developing the city they must reinvent tailgating. Minneapolis’s future tailgating must fit within public spaces that are designed and available for use every day of the year and that attract a range of users to the center city.

Minneapolis could do the following to reinvent tailgating in downtown:

Enjoying a community of fans

The ideas outlined above would change the way football fans tailgate. Notably, tailgaters would not have access to their cars and would therefore not be able to bring their own grills and coolers of beer. However, if the city designed the park well, tailgaters would be able to continue the tradition of eating and drinking with a community of fans before a game.

If Minneapolis wants to be a nationally competitive city, every part of downtown should be designed for constant use. That means designing public spaces – including those around the new Vikings stadium – for football fans and non-football fans alike.

Sam Rockwell, a Minneapolis native, has worked on land use and transportation policy in government and non-profits in New York and the Twin Cities. He is currently finishing law school.