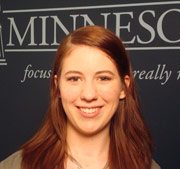 Living in Minnesota, especially the Twin Cities, you might have heard and wondered what the term “diaspora” refers to. It’s defined as “the movement, migration, or scattering of a people away from an established or ancestral homeland.” Globally, 3 percent of the population (about 150 million people) is made up of migrants, and one out of every 10 people living in a developed country is a migrant.

Minnesota has a long history of diasporas from many different parts of the world. In 1900, the majority of immigrants came from Germany, Norway and Sweden, today they come from Latin America, Africa, and Asia.

Diasporas are economically invigorating both for the place of residence and the place of origin. Yet, in spite of difficult economic times around the world, many countries refuse to embrace immigrants, the economic growth, and new ideas they bring, instead preferring to create ever-stronger anti-immigration policies. What can Minnesota do to focus on policies that will help immigrants to be successful?

Nationally, the immigration debate tends to focus on high-immigration states along the southern border. Although Minnesota is considered a low-immigration state, immigration has had a profound impact on our demographic and cultural makeup over the past several decades.

For example, Minnesota boasts the largest population of Somali immigrants in the country and the city of St. Paul has the greatest concentration of Hmong population in the world. In just twenty years (between 1990-2010), Minnesota’s foreign born population went from 113,000 to 378,483, an increase of 235 percent. In 2000, 40 percent of Minnesota immigrants were from Asia, 24 percent from Latin America, 17 percent from Europe, and 13 percent from Africa.

Many of the immigrants who come to Minnesota are refugees, and between 1983-2004, the Twin Cities area ranked 8th in the nation for number of refugees resettled. Organizations such as the Center for Victims of Torture, the African Development Center, and Diaspora African Women’s Network (DAWN) provide services to help refugees assimilate to life in Minnesota.

Overall, immigrant enclaves help rejuvenate business and job creation through entrepreneurial ventures. A recent study from the Fiscal Policy Institute shows that immigrant entrepreneurs are on the increase with 18 percent of small businesses in the U.S. now owned by immigrants, and an estimated 4.7 million U.S. workers are employed by immigrant-owned firms. A Minnesota 2020 study estimated that the state’s ethnic economy’s purchasing power was around $12 billion.

Minnesota’s African Development Center provides microloans to immigrants, and has had great success helping build a strong business community in areas such as the Cedar-Riverside neighborhood in Minneapolis. Hispanic and Hmong markets across the state are reviving once empty main-street storefronts. These findings do much to counter the misconception that immigrants are a drain on local jobs and social services without contributing to economic growth.

Education is a key component to a successful immigration policy. In Minnesota, children make up a larger percentage of the immigrant population than they do in the nation. Constructing an education system that prepares immigrants for the job market is key to Minnesota’s success in the future.

The DREAM Act (Development, Relief, and Education for Alien Minors) passed the U.S. House of Representatives in 2010 but was blocked by the Senate. If it passed, it would build a path to citizenship for immigrant youth who come to the US before the age of 16, if they receive a high school diploma or GED, and pursue two years of college or military service. President Obama’s recent executive order extends some of the benefits that failed to pass Congress.

Legislation such as this helps set the bar for the accomplishments that immigrants can and should achieve, and the higher levels of education will not only benefit individuals but the state and nation, as well.

In addition to helping our local and state economy, many immigrants continue to aid those in their country of origin. In 2006, over 1.5 billion individual remittance transactions were made with a net worth of $300 billion. Many developing countries depend on capital inflow in the form of remittances, and diaspora investments can help in reconstruction of an economy particularly in post-conflict countries.

Good for all, yet barriers remain

Immigrants and diaspora networks are invigorating both the local and global economies, through spreading money and ideas. According to The Economist, accepting those of the global diaspora is “good both for those who arrive with suitcases and dreams and for those who should welcome them.”

Immigrants in Minnesota help to strengthen the state economy through the businesses they open, people they employ, taxes they pay, and cultural diversity that they share. As the state’s demographics shift, and a greater majority of younger Minnesotans are from immigrant backgrounds, we cannot ignore the barriers that still exist to their economic and educational achievement.

Sasha Hulsey is a policy associate at Minnesota 2020, a nonpartisan progressive think tank based in St. Paul. This article originally appeared on the organization’s website.