In July, President Barack Obama announced a plan to create a national Science, Math, Technology, and Engineering (STEM) Master Teacher Corps. The purpose is to ensure that America has the teachers needed to give America’s young people an early and sustained grounding in the sciences.

While most news media characterized the STEM Corps as an education initiative, make no mistake, this is about economic security for the United States. Let’s hope Congress and the American people answer this call to action vigorously and quickly.

Our recent history shows how a commitment to science education can drive technological advances and economic growth. In 1957, when the football-sized Sputnik I “beeped” its way around the planet, did anyone really consider that this would spur us to land on the moon by 1969?

Kennedy turned up the urgency

Let’s consider the fact that this single event woke the nation to a possible economic and national security threat and spawned the space race. President John F. Kennedy turned up the urgency by setting the goal of reaching the moon in a decade.

To accomplish this, the country assembled and trained a large group of people with skills in science, technology, engineering and mathematics or what we now call STEM. These skilled individuals collaborated to create the spacecraft and infrastructure required to achieve the goal. They had significant financial and academic resources behind them as well, to complete the mission they were asked to achieve.

Now consider how that single achievement has transformed our daily lives, from the Velcro that NASA developed for the astronaut suits to the satellite communication we depend on to watch the Olympics or see the Curiosity Rover land on Mars. Other developments in that decade laid the foundation for the Internet, computer-based simulations and video gaming, prototype modeling, more accurate weather satellite forecasting and data collection tools. The list goes on. 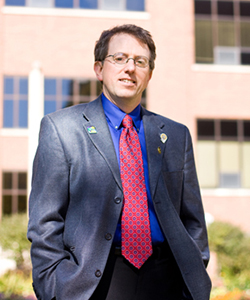 With the uncertainty of the Cold War, the need for a skilled work force spread to educational organizations and federal agencies. These agencies allocated money to the development of hands-on science and mathematics curricula that permeated the K-16 education system. Teachers received training in the use of these materials and were offered experiences in labs and at universities to help them appreciate and understand the need for science and mathematics. So it was quite clear that after the Sputnik event the imperative was to win the space race and secure the nation from the Communist threat.

Fast forward to 2012, what is the imperative of the 21st century? Interestingly enough, it is still STEM – and for reasons that are not drastically different.

The United States again needs a highly skilled STEM work force, not only to continue space exploration, but to compete and succeed in a global marketplace. We need to create this work force both in the short and long term. According to the National Science Foundation, there are now 2 million unfilled STEM positions at a time when unemployment hovers around 8 percent. These types of future jobs will more and more require an understanding of STEM.

Consider video gaming. Today video games form the basis for a $25 billion industry, which employs more than 80,000 people. And yet, 25 years ago, it did not exist as an industry. To be in this industry requires an understanding of technological design and a strong foundation in mathematics.

Today we face a national-security threat, not only from terrorists and growing Third World economies, but also from weather extremes. The Department of Defense and the CIA have released reports on the economic and political costs of disrupted weather and climate patterns. Insurance companies are concerned about more powerful and frequent storms that could cause billions of dollars of damage. Energy companies are using advanced technologies to search for and create additional sources of energy.

Business leaders are concerned about the quantity and quality of the STEM work force. But we have not yet reached that “Sputnik moment,” that event that crystallizes what needs to be done.

Maybe we don’t need that moment. Maybe as a nation we can simply act on the imperative to develop a new generation of STEM-savvy American workers who have the skills, passion and know-how to address this critical issue.

To get there, we must equip today’s teachers to light the fire. President Obama has issued the call to strategically and quickly develop that corps of STEM teachers. It is up to us all to encourage our representatives in Washington to answer this call.

Anthony Murphy, Ph.D., is the executive director of the National Center for STEM Elementary Education at St. Catherine University in St. Paul, Minn. He can be reached at apmurphy@stkate.edu.

The STEM work force: An imperative for America’s future