The phone on my desk was ringing. I had just left a tense meeting about a crisis surrounding our last event for Sen. Paul Wellstone’s 2002 U.S. Senate race. The crisis, which had been upsetting me for days, was as solved as it was ever going to be. The call, from a journalist friend, was awkward. She assumed I had heard the news already. I hadn’t. None of us had. We were insulated in our campaign office working hard a week and a half before Election Day.

It was the morning of Oct. 25, 2002. A plane carrying the senator, his wife, his daughter and three of my co-workers had gone down.

When I got my job as a deputy finance director in Wellstone’s last campaign I was so excited to be there. The most noticeable thing about Paul Wellstone, to me, was that he really seemed to like people. As I observed him, he genuinely enjoyed the interactions he was having. You could feel it when you were in his presence. When I drove Paul and Sheila to an event my first week, I spent the entire car ride answering their questions about my life. Paul was especially interested in my stories about my high-school running coach who would be joining us at the event we were headed to.

As I reflect on 10 years without these remarkable people I know exactly what it is that I miss. Paul was a politician and leader who was inspired by the people he represented. He listened, he empathized, he respected and he liked people, even those he disagreed with. It’s that simple. Some days I wonder if anybody likes anybody anymore. We have so many problems, but we’re too polarized to solve them.

When Paul said politics is about the improvement of people’s lives, it was not just a clever line. It was a core belief. It was a motivating principle of his leadership. And it was why I loved working for him.

On the morning of Oct. 25 I put down the phone and watched those around me as they started to hear the news. It traveled from room to room by email, by phone, by coworkers walking through the office pale, in shock and whispering. At the all-staff meeting just minutes later our campaign manager spoke haltingly, in shock himself, and told us it had been confirmed: Everyone on the plane was dead. Three of us stood together, arms linked, held up by each other and the wall we were leaning on. After such crushing news I couldn’t even stand by myself. Some around me didn’t. They collapsed on the floor. 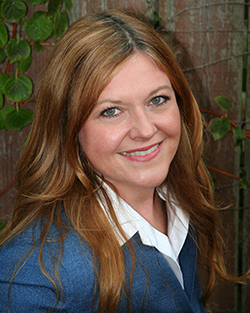 I don’t know how long we all stayed in that room. As we slowly filed out I walked by the copy machine outside the door of my office. My co-worker had been standing there the day before. There was a jam; we laughed, and complained, as we fixed it. He was on the plane. Now I just stared at it. I wanted to grab the machine and make it turn back time. I reached out and touched it. What we were supposed to do now?

In 10 years I can’t tell you how many people have told me where they were when they heard the news and how many more have said, “I didn’t vote for him but I really respected him.” In Martin Luther King’s “Letter From Birmingham Jail” he addressed several white clergyman who had criticized him, stating, “Seldom do I pause to answer criticism of my work and ideas. … But since I feel that you are men of genuine good will and that your criticisms are sincerely set forth, I want to try to answer your statements in what I hope will be patient and reasonable terms.” The tension was monumental, and yet King argued with them from a place of respect. I believe Paul embodied this kind of leadership. And I also believe people crave it.

I know that Paul Wellstone was just a person like you and me. But he was doing something incredibly powerful and effective. And simple. And it’s something we can all do. We can listen, respect and like each other as we try to make this world a better place.

Fawn Bernhardt-Norvell was a founder and former deputy executive director of Wellstone Action. She is now the director of development at Jeremiah Program.

If you’re interested in joining the discussion by writing a Community Voices article, email Susan Albright at salbright@minnpost.com.

Paul Wellstone: a leader who respected people — and was inspired by them