Oct. 25 marks 10 years since the shocking day we lost Sen. Paul Wellstone, his wife, Sheila, and daughter Marcia — along with beloved campaign staffers Tom Lapic, Mary McEvoy and Will McLaughlin and two pilots — when their plane crashed near Eveleth, Minn.

The Wellstones’ sons, David and Mark, the other surviving families, the hundreds of staffers and thousands of passionate supporters still feel the devastating loss deeply.

One way to come to terms with the enormity of the tragedy is to ask ourselves: What would Paul want us to do now? We can find the answer by looking at the kind of public life Paul led. Three big things defined Paul in his role as a public servant and provide a model for others.

First, more than anything else, Paul Wellstone was about encouraging people to step forward and get involved in politics and public life to change their communities for the better.

He believed deeply that our democracy only works for all people if you have an engaged citizenry. “The future does not belong to those on the sidelines” and “politics is not a spectator sport,” he would say to anyone who would listen. When he met people around the state who told him what their families and communities were facing, he didn’t say, “I’ll take care of it.” He said, “You should get involved and together we can do something about it.”

The politics of conviction

Second, he practiced the politics of conviction. He believed that you should say what you believe and believe what you say. When he voted against giving President George W. Bush authorization to go to war with Iraq one month before the 2002 election, he said: “All I can do is vote the way my head and heart tell me.” When asked by the Washington Post if his vote was tantamount to political suicide, he said simply: “I think people want you to do what you think is right.”

It turned out he was right. His principled stands created a passionate following, but he actually won his elections by attracting voters in the middle who simply liked the way he operated. Lots of people would say: “I don’t agree with him on everything, but I like it that I know where he stands.”

Third, he ran his campaigns for elected office using grass-roots power that involved huge numbers of people talking to their neighbors, co-workers, and friends about the issues. Paul Wellstone’s campaigns very intentionally did not spend all their money on TV ads and mailings. Instead, they invested in empowering people to help Paul win.

Campaigns introduced people to politics in a positive way

His campaigns were an antidote to the current trend of pouring more and more money into cynical attack ads aimed at tearing down the other person. His method of campaigning not only brought Paul success; it also had a way of introducing people in a positive way to politics and democracy in action and helped launch the careers of many political professionals and recently elected officials. 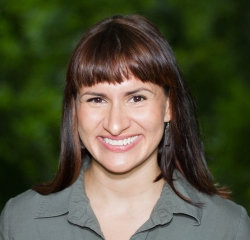 After Paul’s death, his family and staff established Wellstone Action, a nonpartisan center to train other Americans to practice politics the Wellstone way.

We have trained more than 55,000 people in his style of principled, issues-based, grass-roots campaigning. More than 500 of our alumni have been elected to office.

One great example is Peggy Flanagan, who as a young activist was constantly pushed by Wellstone to consider running for office. After Paul’s death, she decided he had been right and, at age 24, she became the first Native American and youngest person ever elected to the Minneapolis School Board. Today, through Wellstone Action, she helps train others to be candidates.

Decided it was her turn to step up 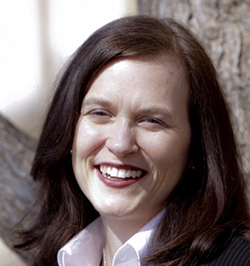 Another quintessential Wellstone Action graduate is Betsy Hodges, a member of the Minneapolis City Council, who told me she decided to run for office after Paul died because she felt that it was her turn to step up and lead. U.S. Reps. Tim Walz and Keith Ellison and Minnesota Secretary of State Mark Ritchie are other well-known alumni.

On the 10th anniversary of our painful loss, we nonetheless have a lot to celebrate. Just as Paul learned from those who came before him, we are now keeping his legacy alive by training the next generation of leaders.

Paul is gone, but in these times in which our political system often seems to be breaking down, we need his example and inspiration more than ever.

Jeff Blodgett, a long-time aide to Sen. Paul Wellstone, is the founding director of Wellstone Action.