Thanks to the power of great music, the American orchestra has become a treasured institution. Threats to its well-being make its value all the more apparent. Yet orchestra disputes like those we’re seeing in the Twin Cities may be inevitable. Can we realistically expect the vestiges of a costly luxury created for 18th-century European aristocracy to fit comfortably within our modern capitalist democracy? When the orchestra occupies such a tiny patch of cultural turf, how can any faction agree to cede ground during a skirmish?

Both sides in the current disputes buzz about an outdated orchestra business model. Usually such complaints are too simplistic, according to Joseph Kluger, president of the Philadelphia Orchestra from 1989-2005. For management, Kluger says, changing the business model is code for cutting expenses, especially musician salaries, and for musicians it amounts to blaming management for bad financial planning.

According to National Endowment for the Arts research, attendance at U.S. classical music performances fell by 28 percent between 1982 and 2008. For American orchestras, box-office receipts have never covered expenses, but now they don’t even come close to the old industry benchmark. Kluger says the standard for ticket sales was once 50 percent of total expenses. In 2010, the Minnesota Orchestra reached only 28 percent. The St. Paul Chamber Orchestra’s lower-than-average 18 percent ratio reflects its strategic decision to slash ticket prices several years ago.

The Great Recession exposed two decades of box office decline that had been masked by a fundraising boom in the 1990s. The falloff, combined with shifting priorities in the philanthropic community, created what Kluger describes as a “perfect storm of changes” that has rocked orchestras in Minneapolis, St. Paul, Seattle, Atlanta and other cities.

Before the recession, the Knight Foundation invested heavily in promoting “major institutional change” among American orchestras. A 2003 Knight report [PDF] charged that some orchestras seemed to be “misusing scarce funds by spending too much to please a shrinking subscriber base and not enough to attract new audiences.” When Knight, Mellon and other foundations stopped funding orchestras, Kluger says orchestra stakeholders felt less pressure to change the way they do business. Now they ought to be feeling it again. 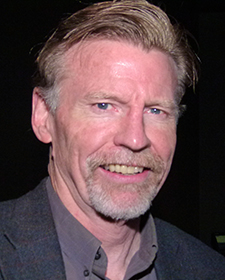 Knight research [PDF] has revealed potential for audience growth. Reaching new patrons will depend on making the concert experience relevant to the 21st century. Part of that involves the music itself, an appeal to more eclectic, more fluid tastes than those traditionally associated with classical music. Another part of it involves the concert hall environment. A number of observers, Kluger included, believe “the ritual of the passive concert experience” needs to change. For the good of the music, patrons who consider the concert hall a kind of sanctuary must make room for other serious listeners who, as Kluger puts it, “want to be engaged with an experience that’s active.”

Our local orchestras are not deaf to these concerns. The Minnesota Orchestra is seriously invested in its new-music initiative, Future Classics. And the SPCO’s just-launched Liquid Music series presents alternative classical music in intimate, nontraditional spaces. The question is, will lessons learned there be applied to the rest of the orchestras’ programming?

In order to succeed artistically and financially, Kluger says orchestra stakeholders must forge a new kind of relationship. The current system is “incentivizing the board and management to pay everyone as little as possible and training musicians to fight tooth and nail to squeeze as much out of their employers as they can.”

Instead, he asks, why not build on the management model the SPCO created in 2004? Kluger envisions a “partnership-like financial relationship” among all orchestra staff members. If the organization ends the year with a budget surplus, everyone gets a bonus. “So in effect,” Kluger says, “the executive director and the development director are agents of the musicians. And the musicians are incentivized … to encourage the organization to be prudent.”

This might be the worst of times to propose such a scheme. But instead of focusing on the tension, those involved should see it as “an opportunity to restructure the emotional and strategic relationship among … the stakeholders of these institutions,” Kluger says.

If that sounds naive, he reminds all concerned that they agree about what’s most important: music’s power to transform lives.

Lockouts highlight a need for change in the orchestra business