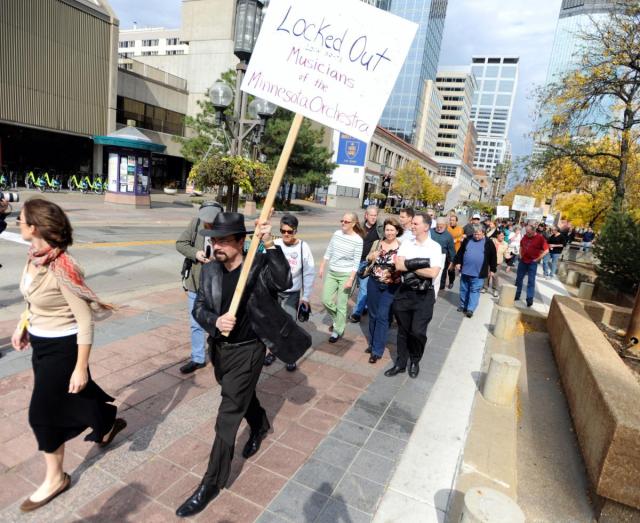 MinnPost photo by Craig Lassig
Musicians of the Minnesota Orchestra have been locked out since Oct. 1.

The following is an open letter to Minnesota Orchestra CEO Michael Henson, in response to a MinnPost Q & A, “Michael Henson, MN Orchestra president: It’s time for musicians to negotiate,” published April 11.

As the Musicians of the Minnesota Orchestra enter our seventh month of being locked out of our jobs without salary or benefits, we wanted to remind you, as well as the public, our audience, and MinnPost readers, of some facts regarding our “negotiations”:

Your lockout is the “barrier to negotiations.” We call on you to act in the spirit of Minnesota’s civic culture of respect and transparency. End the lockout in order to restart the high quality music of the orchestra that you profess to maintain for our state. Our aim is to work together to maintain and grow the world-class, world-renowned orchestra that this community has worked so hard to build over the past 110 years.

In order to begin, you must end the lockout.

Sincerely,
The Musicians of the Minnesota Orchestra

Dear Mr. Henson: Your lockout is the ‘barrier to negotiations’