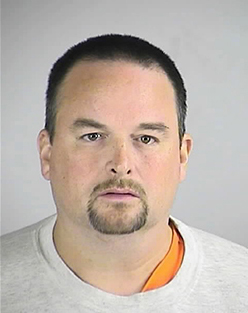 As Burt Ewing Jr. became more mentally ill and more violent, police were called at least three times and he would be placed in the hospital on a 72-hour hold. Then he’d be released to start the cycle again.

Burt Jr. still wasn’t receiving any regular psychiatric care nor was he consistently taking medication prescribed during hospital stays. He didn’t have insurance. Social workers in the two counties where he’d lived disagreed about who should be helping him, according to his sister.

The Ewing case is long and complicated and missteps always look obvious in hindsight. But anyone who examines the chronology of Burt Jr.’s spiraling condition can see that the mental health system failed him and his family. His sister Kristin told The Free Press that at one point when the family was at a loss for how to get him more help, a few staff people recommended his mother cut the strings and let him fall into the gutter because the government wasn’t going to help otherwise. Something is seriously wrong if concern and support from loved ones is seen as a hindrance when it comes to helping the mentally ill.

“We were pleading with social workers to get him a case manager,” Kristin said. “We kept asking them, ‘Does he have to kill someone to get some help?’ They told us, ‘Yes. He has to do something that severe.’”

That’s what it took for Burt Jr. to get help from the system. After he murdered his sister Mary Beth, Burt Jr. was found not guilty by reason of mental illness. He was admitted to the Minnesota Security Hospital at the St. Peter Regional Treatment Center, spending about 10 years there. In January 2008 he began two years of preparation for discharge at a transition facility.

His father, Burt Sr., argued against his son’s release, saying he was concerned his son could not handle the normal stresses of life and would escape with plans to harm or kill someone else in the family.

Even so, in December 2010 Burt Jr. was provisionally released to a mental health facility near St. Cloud. He returned to Transition Services a short time later because he was showing signs of losing control. He was released again to the same facility a month later, then returned to St. Peter again because his behavior worsened. “It was determined that (Burt Jr.’s) health could no longer be ‘adequately managed’ in a community setting,” the DHS report said.

Treatment Center staff approved day passes for Burt Jr. He was released from the campus 91 times between November 2011 and May 7, 2012, including for visits with his mother. In preparation for his last visit with her, he packed a duffel bag containing several days’ worth of clothing and food, and documents about his sister’s murder. Despite the visit date being one day from the 14th anniversary of his sister’s murder, staff never checked his bag. His mother picked him up and when they got to Seven Mile Creek County Park, he proceeded to try to kill her, stabbing her multiple times.

The Treatment Center has been under intense scrutiny for a long list of problems. That scrutiny needs to continue and emphasis placed on accountability. A change in laws also should be considered to address involuntary commitments and sharing of mental health data with law enforcement.

With the work of the Ewing family, the Legislature in 2001 dropped the words “imminent” and “immediate” from the requirement that people with a diagnosed mental illness had to be a danger to themselves or others before they could be committed.

And even though federal law passed in 2008 was supposed to guarantee mental illness is covered by insurers like any other illness, that isn’t always the case. As reported by The New York Times, insurance executives say the medical benefits of long-term treatments are not clear and the industry is essentially being asked to write a blank check.

As the Affordable Care Act is implemented, it’s paramount that mental health coverage be a high priority and that insurers be challenged when coverage is denied.

The Ewing family shared the details of their heart-wrenching struggle because they have an objective: They want people with potentially dangerous mental illnesses to get the help they need long before a commitment is necessary, and that means getting more resources and support for the mentally ill.