Last month, Americans were horrified yet again by a mass shooting, this time at the Washington Navy Yard. Recently, Mayors Against Illegal Guns sponsored a rally on the National Mall, signaling that the push for national and state gun-violence prevention legislation, which failed so dismally in Congress and in Minnesota last spring, is gearing up again. Given the divided control of Congress and the perpetual deadlock that has resulted, we expect little to happen at the national level this year. We also have our doubts about the prospect for success in Minnesota.

We come to this conclusion with sadness. Last spring, we participated in the effort to advance gun-violence prevention in Minnesota. With many others, we held meetings, rallied supporters, spent long days at the Capitol, tracked the fate of various gun bills, and spoke before House and Senate committees considering bills to mandate universal criminal background checks for gun purchases and to limit the size of gun magazines.

We are currently out of the fray, in the middle of a six-month stay in Oslo, Norway. With distance, we’ve reflected on our state’s failure but also on the successful passage of gun-violence prevention laws elsewhere. Why did Minnesota, unlike Connecticut, New York, Maryland and Colorado, fail to pass meaningful legislation on the gun issue in 2013? One answer is that gun-violence prevention got slighted in Minnesota because of a crowded legislative agenda. A comparison with successful states shows this to be wrong. In Colorado and Maryland, as in Minnesota, the Democrats controlled the governorship and both houses of the legislature, so these comparisons are especially apt. As in Minnesota, the legislatures in Colorado and Maryland addressed marriage inequality as well as gun regulation and delivered on both. (A constitutional amendment in Colorado took full marriage equality off the table, but the legislature, with strong support from Colorado’s LGBT community, passed a civil union law.) And these were but two of the progressive achievements in those states last year. Colorado passed a raft of major laws, including in-state tuition for undocumented immigrants. The same was true in Maryland, where the state outlawed the death penalty and expanded voter rights. These achievements put to shame the results of last year’s session in Minnesota, even when one takes fully into account the historic victory of marriage equality.

Another explanation is that Colorado had to act, after a horrific mass shooting in Aurora that left 12 dead. But this is insufficient for understanding what happened last spring. Maryland’s Democrats acted in the absence of a gun massacre. And recall that Minnesota endured its own gun rampages, in 2005 in Red Lake, and at Accent Signage in 2012, with zero impact on gun laws.

Evidence indicates that women, African-Americans and Latinos disproportionately favor gun-violence prevention laws. Could their representation — or lack thereof — in the state legislatures be a significant factor in affecting the outcomes in the different states?

But for race, the evidence suggests the answer is “yes.” We are aware that our state is very white. But it is not much whiter than Colorado, where the combined percentage of African-Americans and Latinos in the population is 13 percent. (The figure for Minnesota is 10 percent.

Comparisons of the racial composition of each of these states with that of its legislature reveals a legislative underrepresentation of blacks and Latinos, combined, of 26 percent in the Colorado legislature, of 34 percent in Maryland, and of a whopping 75 percent in Minnesota.

Treated as an annoyance, not a priority

The absence of any critical mass of minority legislators in St. Paul makes it significantly easier for DFL leaders to brush aside the issue of gun violence — which is exactly what they did last session. They treated the issue as an annoyance, not a priority.

A state-to-state comparison also shows that the role of top leadership on this issue is critical. Both Colorado and Maryland benefited from strong leaders at the top who showed passion and commitment on the issue of gun-violence prevention. Governors John Hickenlooper of Colorado and Martin O’Malley of Maryland defined this as a top priority. Hickenlooper made the issue a personal cause. Colorado’s Speaker of the House and Senate Majority Leader both went to the mat to achieve the changes they believed in. The leaders in Maryland and Colorado also demonstrated political savvy and strength in holding their caucuses together on crucial votes.

In contrast, Minnesota’s Democratic leadership behaved timidly at best. Gov. Mark Dayton said as little as possible and did nothing at all on the gun-violence issue. The word went out that the budget was his priority. Colorado and Maryland also passed budgets last spring, but they managed to do many other things as well.

‘The votes just aren’t there’

Top legislative leaders here would not take on the issue. Senate Majority Leader Tom Bakk voiced his personal hostility to gun regulation. House Speaker Paul Thissen expressed his personal support for reforms such as universal background checks. But he and other liberal DFLers shrugged aside gun-violence prevention advocates, saying, essentially, “The votes just aren’t there.” It was as if they were mere bystanders in the legislative process, backbenchers rather than leaders.

Behind the scenes, Rep. Michael Paymar worked doggedly to shepherd a background-check bill through his House Committee on Public Safety, only to be undercut by one of the DFLers on his committee, Debra Hilstrom, who reached out to the NRA for help in drafting a rival bill. With no caucus discipline in evidence, Paymar was forced to come to terms with Hilstrom, and the committee ultimately passed a much weakened bill. Paymar accepted this compromise on the promise from Thissen that the bill would be put to a floor vote. Thissen, however, broke his promise.

What explains DFL leaders’ fearful response to an issue that is becoming one of the great moral concerns of our time? What keeps them from marshaling legislative support for a proposal such as universal background checks, which polls show an overwhelming majority of Minnesotans support? Some DFLers hold to the belief that a Democrat must oppose all gun regulations in order to win statewide office. Both Bakk and Thissen have run for governor before, and may do so again; Dayton is up for re-election in 2014 and Hilstrom is running for Minnesota secretary of state.

DFL leaders buckled before the NRA and its backers 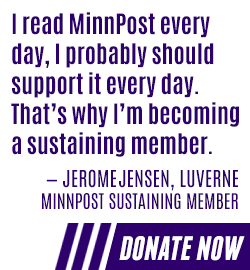 We know anti-reform forces in out-state Minnesota are formidable. We saw this up-close at the Capitol last year, when the NRA flooded government buildings with busloads of angry men, some of them probably armed. Similar things happened in Colorado. Yet DFL leaders buckled before the NRA and its backers without a fight. Partly this is because the representation of rural parts of our state is exaggerated in the Minnesota Legislature — the flip side of the underrepresentation of people of color. And partly it is due to the careerism and culture of excessive caution that mark the DFL.

Supporting gun-violence legislation can carry costs; two Colorado state senators recently lost their seats in recall elections. Multiple issues led to the defeat of Angela Giron. But clearly, Senate President John Morse paid a price for the key role he played in passing gun-reform legislation. Undoubtedly he would prefer to have won. But he has said: “I have no regrets: I simply cannot accept that notion that it would have been acceptable for Colorado to do nothing to stem the tide of mass violence.”

Sadly for our state, DFL leaders did feel it was acceptable to do nothing. We would like to think things will be different this year, but the factors preventing success last year remain.

Rebecca Lowen and Doug Rossinow teach history at Metropolitan State University in St. Paul. They are currently living in Norway, where Rossinow is a Fulbright Scholar at the University of Oslo.