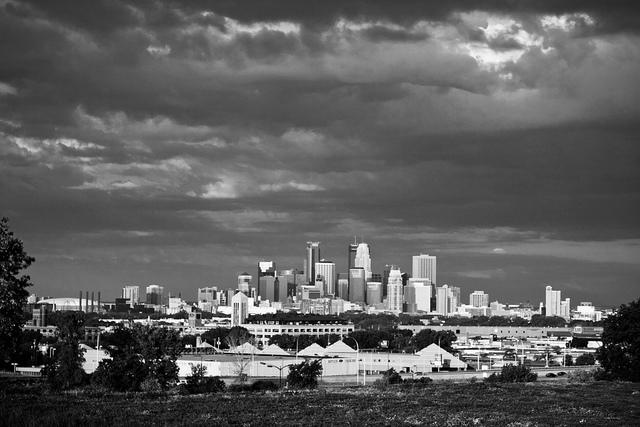 CC/Flickr/ Paul Weimer
If we eliminate these disparities by 2040, and if people of color have the same high-school graduation, employment, and homeownership rates, the region would also have: 182,000 more high school graduates, 137,000 more people with jobs, 216,000 more homeowners, and $35 billion more income to spend regionally on local goods and services, creating a healthy and growing economy.

When popular will reaches critical mass around a common goal — whether it’s smoke-free restaurants, or landing on the moon, or ending legal segregation, or allowing women to vote, or letting people marry the person of their choice — things can move awfully fast.

The dam breaks, the ice goes out, opposition becomes trivial, a new paradigm replaces the old, and we move on to the next obstacle to human progress and general welfare. That which seemed impossible becomes doable. And things that were unthinkable in the old regime, such as women as CEOs, or the election and re-election of an African American president of the United States, become a reality.

Minnesota might be reaching that point of critical mass and consensus on eliminating racial disparities and reducing overall economic inequality, especially in the increasingly diverse Twin Cities region.

At a quickening pace, large groups of Minnesotans are either making new commitments to race equity or raising the profile of that issue in their strategic plans. Current state and local political leadership and the philanthropic community are solidly behind race equity as an overarching priority. And our state’s business leadership has been involved for some time, with strong participation in joint efforts such as Everybody In, Generation Next, and the Itasca Project, and with new inflection and emphasis on a culturally connected community in the new Twin Cities business recruitment initiative, Greater MSP.

The latest influential organization to bring new urgency to the issue is the Metropolitan Council, Minnesota’s pioneering regional planning agency, now approaching its 50th birthday. Susan Haigh, the council’s chair, recently announced with some fanfare the launch of Thrive MSP, laying out a 30-year goal for expanding opportunity and ending race disparities.

Of particular focus are planning policies in housing, transportation and economic development that address racially concentrated areas of poverty, where 50 percent or more are people of color and 40 percent have incomes below 185 percent of the official poverty level. For a blunt comparison: In 1990, there were 31 census tracts classified as racially concentrated areas of poverty; in the latest census there were 80.

The storyline around the Minnesota economy is tremendously positive these days, but it’s heartening to see that almost everyone who tells this story, in the news media or elsewhere, feels compelled to report the facts about those left out of the recovery, which in some neighborhoods includes most of the residents.

In her State of the Region address, and in background material announcing the launch of Thrive MSP, Haigh laid out some of the trends that cast a pall over our economic recovery.

The Twin Cities white population is better off than the white population in other states, according to most social and economic indicators, which contributes to disparities. Other factors, such as the fact that our immigrant and minority populations are younger than the national average, also play a part. But our rankings on these disparities are disturbing and unacceptable.

This problem has been analyzed to death, and Haigh to her credit did not dwell on these statistics in her address, but exhorted her audience to look forward to the economic benefits from eliminating or greatly reducing the disparities.

If we eliminate these disparities by 2040, and if people of color have the same high-school graduation, employment, and homeownership rates, the region would also have: 182,000 more high school graduates, 137,000 more people with jobs, 216,000 more homeowners, and $35 billion more income to spend regionally on local goods and services, creating a healthy and growing economy. That’s good for business, and helps explain the growing business support for reducing disparities.

What needs to happen?

Lots of big things need to happen if we want to solve this problem. A minimum wage increase and tax credits for working families can do a lot in the short term to reduce overall inequality, which is inseparably connected with racial disparity.

But few policy responses do as much for equity as investments in education, cradle-to-career, that drive up workforce readiness and skills acquisition. Another key policy lever would be new investments in transit and transportation, with aggressive efforts to train and hire members of minority groups to build and operate these systems. Once built, better transit systems make it affordable for low- and middle-income families to get to work, school and other destinations.

Several times in her State of the Region address, Haigh used a new phrase worthy of a bumper sticker: “Think Regionally and Act Equitably.” But perhaps the most important passage in her exhortation to act equitably lay in refuting the inevitable pushback from those who fear that greater opportunity and equality will diminish their own advantage.

Dane Smith is president of Growth & Justice, a research and advocacy organization committed to a more inclusive prosperity for Minnesota.