All over the country, cash-strapped state and local governments have handed over control of critical public services and assets to corporations backed by Wall Street banks that promise to handle them better, faster and cheaper. Unfortunately for taxpayers, not only has outsourcing these services failed to keep this promise, but too often it undermines transparency, accountability, shared prosperity and competition. 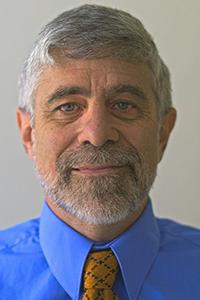 Minneapolis taxpayers have seen this firsthand. In 2012, Minneapolis learned that Unisys, its information  technology contractor, did not provide the city with favorable  pricing on technology-related equipment and services, as  required by the contract. The contract cost taxpayers $143  million over nearly a decade and was extended twice without seeking competitive bids. Upon discovery of the pricing  problems, a member of the city’s audit committee expressed  her surprise at the automatic contract renewals, stating that competitive bidding is just a “basic control” for ensuring that the city gets the best deal.

That’s why In The Public Interest is supporting H.F. 2459, a new proposal from state Rep. Frank Hornstein, DFL-Minneapolis, that would give Minnesota taxpayers some of the strongest outsourcing protections in the nation. The measure will rein in predatory contracting of government services in Minnesota.

This legislation helps taxpayers reclaim control of their communities, and ensures that tax dollars are invested at home, not sent away to pad some giant corporation’s profits or to Wall Street bank accounts. It is a common-sense agenda that, left or right, we can all agree on.

Fortunately, Minnesota taxpayers are not the only ones fighting to remain in control of their vital public services. Similar measures have been introduced in states as diverse as Vermont, Tennessee, Oklahoma and California.

But Minnesota should be a leader on this issue, as it has been for years. Each year, the state Department of Transportation’s (MnDOT) eight districts solicit bids from private contractors as well as MnDOT’s own striping division to paint lane stripes on every highway in Minnesota. Without fail, MnDOT’s public striping crew beats the private competitors by a large margin. The public striping division is able to quote a flat price statewide of 15 cents per foot to paint an epoxy stripe. Private contractors charge 32 cents – more than double – per foot.

All too often we are told that the private sector can do things better, faster and cheaper than public service workers. Just as often, that claim turns out to be flat out wrong.

In an era of outsourcing, it is essential that lawmakers remain watchdogs for the public interest. Elected leaders should support H.F. 2459. Lawmakers championing these proposals, inluding Hornstein, stand on the side of taxpayers, and plain common sense.

Donald Cohen is executive director of In the Public Interest, a national resource center on outsourcing public services and responsible contracting.

It’s time to rein in predatory contracting of government services