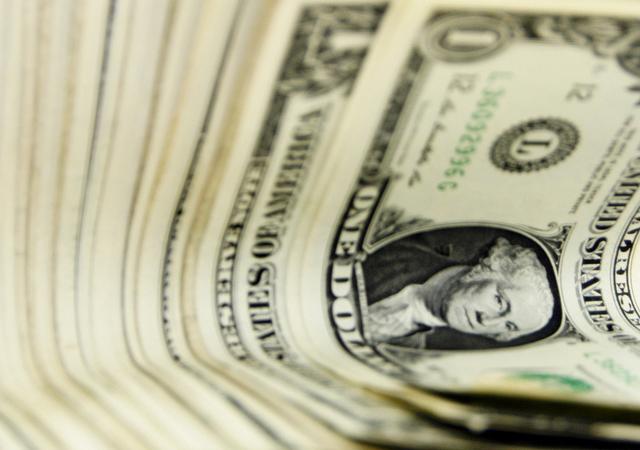 Creative Commons/401(K) 2012
Establishing a minimum wage is universally popular in America even though it is not much different from setting a maximum price for shoes and butter.

The minimum-wage-increase discussion is under way in Minnesota and nationwide. It looks like most politicians – to say nothing of multiple poverty-fighting organizations – support the idea. The question is just by how much it should be increased. Shouldn’t we all slow down a little bit?

People who promote minimum-wage increases look mostly at one thing: how much a person must earn in order to be able to afford all of the life necessities. That, of course, varies greatly to the point of almost $60,000 for a family of four, according to JOBS NOW Coalition. It is hard to take this number seriously (not everyone is entitled to a single family house and a new car), but regardless of what people suggest one may ask a simple question: If we can raise the minimum wage with no negative consequences (and supporters of the increase usually trivialize the possible problems), why not raise it to $25 an hour and thus bring everyone into middle class?

The prime example of this approach is Rep. Ryan Winkler, who said that “raising the minimum wage is a win-win. If you put an extra $700 or $800 in a worker’s pocket, that money is going to be spent. Everybody will benefit.” If $700 is good, why not make it $7,000? Everyone will look at this as nonsense, making it clear that basing a minimum wage on the so called “living wage” is nonsensical as well. Even though the proposed numbers are different, the approach is the same: Get the figure from nowhere so we will feel good. Establishing and changing the minimum wage are economic decisions, not social ones, as some people want to present them.

Karl Marx said that labor is a commodity, so establishing a minimum wage is the same as establishing a maximum price for bread and cars. The latter is never suggested in America even though in socialist countries all prices were set by the government and Venezuela is doing it as well. However, establishing a minimum wage is universally popular in America even though it is not much different from setting a maximum price for shoes and butter. The free market establishes the prices for all goods, and should be used to establish the wages as well.

Now let’s talk about some specifics. The main thing is that practically no one lives on a minimum wage. People earning minimum wage are qualified for free health insurance, food stamps, free lunch at school for kids, earned income credit, and multiple other benefits. So in real life they do not have to survive on their minimum wage — it is a myth.

Based on this, another argument is used quite often in support of the minimum-wage increase:  It is unfair that we, the people, subsidize the businesses that pay minimum wage by providing governmental assistance to people who cannot survive on this money. Of course, this is a false postulate: Businesses would pay what market dictates regardless of whether government provides additional support or not to the workers – they have always been doing it even before the age of welfare. However, even if the minimum wage is raised, prices, driven by the increased labor cost (many other wages will have to be raised as well – a restaurant manager can’t get the same as a server) will inevitably rise as well contributing to overall inflation.

That means that we all will be paying more for many things, and it is hard to say whether it will cost people more or less than subsidizing government assistance to low-wage workers. What can be said for sure, though, is that low-wage workers themselves will be paying a disproportionally high share of the raised prices, since it will be mostly low-end goods and services that will see the most significant jump in pricing and they are the ones buying these goods and services. Therefore, at the end, minimum-wage earners will not see any improvement in their economic state. Ironically, this motion also contradicts the very core of liberal beliefs that the government shall be responsible for helping the poor and the means shall come from the rich.

The demographics of minimum-wage earners

Secondly, let’s look at the demographics of the minimum-wage earners. According to the 2011 Minnesota Minimum Wage Report, about 50 percent of those receiving minimum wage work in restaurants, meaning that most of them receive tips in addition to their minimum wages. About 60 percent of those earning the minimum wage were younger than 24 years old, 70 percent worked part time, and 30 percent didn’t even have a high school diploma, meaning that most of them were still their parents’ dependents and the income was supplementary. Of the 40 percent minimum-wage earners older than 24, quite a few are retirees working to feel better and supplement their pensions. And of course, most deserving people are eventually promoted and start earning more. The above facts again show that very few actually rely on their minimum wage as a main income for a significant period of time.

And finally, let’s think of those few who actually do live on their minimum wage. Obviously, those are the least educated and least ambitious people (I do not include here those who couldn’t advance for various reasons not under their control such as disability or other medical problems because they definitely must receive additional government benefits). Are these the people the minimum-wage increase is intended for? Is this the message we want to send out — you do not need to work hard in school and at work in order to live well?

Of course, there are plenty of economists, including Nobel laureates, who support an increase in the minimum wage. However, there are about an equal number of economists who don’t support it. The problem is that for many supporters of a minimum-wage increase, ideology tramples economics. A glaring example is Paul Krugman, a self-proclaimed liberal, whose New York Times columns can hardly be an example of academic writing; it’s interesting though that when he looks at minimum wage as an economist, he doesn’t like it.  And when ideology runs supreme, we get … the Soviet Union.

In real life, the way to get out of poverty is to get an education and work hard, and it should be each individual’s responsibility, not the government’s. Relying on government subsidies or a government-established minimum wage will not help. Karl Marx’s slogan “from each according to his ability, to each according to his needs” was supposed to be achieved during communism only. Even socialism was going to give each “according to his contribution.” Why should capitalism try to materialize a communist utopia? It didn’t work anywhere before and it will not work here either.

Ilya Gutman is an immigrant from the Soviet Union who now lives and works in Marshall, Minn.

Ilya Gutman is an immigrant from the Soviet Union who now lives and works in Marshall, Minnesota.

A minimum-wage increase is unnecessary