An 18-year-old boy was at party when a friend offered him a synthetic drug. After ingesting the drug, the devastating effects began to take hold. He started to have hallucinations of demons and witches and became fearful and violent. His heart rate and breathing quickened beyond control, and he suddenly had a full body seizure.

This story is an example of what is happening to children, sisters and brothers across the United States. What would you do if this boy were your brother or son? Wouldn’t you want to prevent this from happening? We, the citizens of Minnesota, have that opportunity. By supporting Minnesota House of Representatives HF 2446, we can finally make the sale of synthetic drugs, such as bath salts and synthetic marijuana, illegal.

These devastating immediate consequences are worsened by the fact that the long-term effects are unknown. There are cases of users who suffer permanent psychosis, cardiovascular problems, seizure disorders, and drug dependence. To make matters worse, synthetic drugs are undetectable with traditional urine testing. This makes correct identification and treatment very difficult and may lead to a delay in essential medical care. There is no antidote for synthetic drugs. It is easy to see the alarming health consequences of synthetic drug use and why we cannot allow access to these substances to continue. 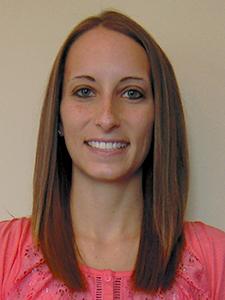 These drugs are used too commonly by adolescents and young adults. A 2012 study completed by the National Institute on Drug Abuse reported that 15 percent of adolescents had used some form of synthetic drugs in the past year and that these drugs were the cause of over 11,000 emergency department visits and hospital stays. The 2012 Monitoring the Future Survey reported that one of nine high school seniors in America had used synthetic drugs within the past year. Amongst illegal drugs used by high-school seniors, this makes synthetic drugs second only to marijuana.

We must take action to save our children and families from the dangerous health consequences of these poisons called synthetic drugs. The simplest solution is to make these substances illegal. However, this has proven very difficult.

Synthetic drugs currently fall under the United States Food and Drug Administration (FDA) Schedule I substances, meaning they have no valid medical use. However, manufacturers are able to skirt this issue by placing a label on the package stating “not for human consumption.” Also, when a specific substance or ingredient is outlawed through legislation, the manufacturers are able to simply make a slight change to the formula, creating the same drug effects but with a different chemical composition.

The federal government and 40 individual states, including Minnesota, have passed legislation banning certain ingredients in synthetic drugs. HF 2446 would provide essential changes to our current anti-synthetic drug legislation. The bill calls for a change to the definition of “drug” to state:

… any compound, substance, or derivative which is not approved for human consumption by the United States Food and Drug Administration … and when introduced into the body induces an effect substantially similar to that of a Schedule I or Schedule II controlled substance.

This would effectively make all synthetic drugs illegal by definition. The bill would also grant the Minnesota Board of Pharmacy authority to immediately ban any synthetic drug substances they encounter.

We have a responsibility to protect our children, friends, and family members from the devastating health consequences of synthetic drug use. These consequences are very real and can result in permanent health concerns or even death. We must support House Bill HF 2446 and advocate for passage of legislation to finally make the sale of synthetic drugs in Minnesota illegal.

Kristen Bowe, of New Prague, is an emergency-department nurse and a graduate nursing student at the University of North Dakota.