In 1784, our new nation officially inaugurated an enduring commercial relationship with China when the Empress of China made its maiden voyage, departing New York for Canton (now Guangzhou) on a trade mission. It was heralded with a 13-gun salute to symbolize the unity of the original states.

The same Commerce Clause in the Constitution that united the 13 former colonies also linked the new republic “with foreign Nations” through international trade. With the Empress of China, the purpose-driven nation also dislodged one more remaining interlocutor of the colonial oppression of the British and embarked on a “special” trade relationship with China.

America’s trading empire expanded from the New York to Oregon through Missouri, Iowa, Wisconsin, and Minnesota. The latter two states are still famously known in China as ginseng states. (During a two-month book tour in China recently, I told them that I grew up in a farming community in northern Minnesota as a former exchange student from Sri Lanka. They often asked me whether I cultivated ginseng.)

Ginseng was a legendary export from Minnesota. The plant in part contributed to America’s westward expansion as settlers found in it a quick cash income until the next crop harvest. In 1860, for example, Minnesota supplied over 250 tons of ginseng roots out of America’s total of 350 tons exported to China. During the ensuing economic depression, Minnesota settlers relentlessly dug for ginseng, which led to the state legislature to enact laws to control the digging. Soon the “green gold rush” ended as settlers found locations elsewhere.

The evolving trade relationship is even more important today than years ago. The two countries have now engaged in another “special” kind of power relationship after the Sunnylands summit between President Barack Obama and President Xi Jinping. The two leaders have seemingly perused history to see the future.

Evoking the American Dream, for example, President Xi has envisioned a “Chinese Dream” to galvanize “the great renewal of the Chinese nation” from its glorious past. Until the first Sino-British Opium War (1839-42), the United States and China enjoyed a mutually beneficial commercial intercourse for more than a century. It was neither an outcome of skillful diplomacy nor naval supremacy but largely an outcome of America’s love of tea and China’s affection for ginseng.

American ginseng export began to decline as the Civil War (1861-65) intensified and the second Sino-British Opium War heightened during 1856–60. Fresh wild ginseng roots were also harder to find from Maine to Minnesota; commercial cultivation was gradually evolved into a profitable export crop in the neighboring Wisconsin. Now Wisconsin is the leading producer and exporter of ginseng to China.

Trade with China was critically important to the young U.S. for its national security and economic development. It created a host of millionaires and families of wealth overnight; the surplus foreign exchange was invested in national infrastructure, such as ports, banks, railroads. Minnesota’s prominent “Empire Builder,” James J. Hill, extended railroads from St. Paul to Seattle and helped to expand trade relations with the Pacific Rim region.

To revive the American export economy, Obama envisioned a “trade-for-peace” plan as he introduced the Asia “pivot” (or rebalance) strategy and the Trans-Pacific Partnership (TPP). Similar to the tea-ginseng era that ended with the Opium Wars, trade has now also produced a balance-of-payment crisis. 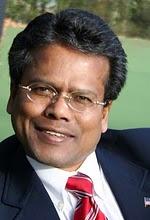 Both Obama and Xi recognized the danger of a trade imbalance as both faced a series of domestic challenges — like the “fiscal cliff” in America and the “social cliff” in China. Beijing has invested heavily in U.S. Treasury bonds; Washington has criticized the Chinese for manipulating their currency and blamed them for the economic cost of intellectual property rights and unemployment in the manufacturing sector. Realizing the interdependence, however, the two leaders have now begun to explore a new type of power relations and to rejuvenate their “special” relationship once more.

After Canada and Mexico, America’s third largest export market is China. Obama wants greater market access for the U.S. exports in the Pacific Rim region. Despite the polemics, Obama has a benign strategic goal of eventually integrating China into the pact, just as President Bill Clinton brought China into the World Trade Organization.

As Clinton experienced, Obama has an uphill battle with Congress. Labor unions, environmental activists, and consumer groups also have numerous objections to the Pacific trade deal. Given the political calculus of the midterm elections, the administration needs to reinvent itself to provide leadership — not just executive orders.

Minnesota will transform with TPP

The White House must recalibrate to work consultatively with Congress to earn its trust, and Obama must ensure that transparency prevails as his trade negotiators engage with all TPP stakeholders. The TPP is the grandest vision since the voyage of the Empress of China to change America’s socio-economic landscape with transformative power in Sino-American relations.

Today, for example, Minnesota is the eighth-largest exporter to China among all states. It has one of the highest concentrations of export-led companies in the nation, including 3M, Cargill, Best Buy, Target, General Mills, Medtronic, Hormel, Ecolab, Carlson Companies, Polaris, and Anderson Corp. I have seen these names on skyscrapers in Shenzhen, Shanghai, and elsewhere in China.

Equally important is that the University of Minnesota celebrates its 100th anniversary of China relations. Outside China, the university is home to the largest number of Chinese students and faculty in the world. With our brand name of “Minnesota Nice,” the heart of the nation has invisible but magical attraction.

As our congressional leaders begin to consider granting trade promotion authority to the president, they should revisit America’s original vision enshrined in the Commerce Clause and the importance of celebrating the Empress of China.

The writer is a recipient of the Alumni of Notable Achievement (ANA) Award at the University of Minnesota and a distinguished senior fellow at George Mason University’s School of Public Policy. He is the author of, most recently, Peaceful War: How the Chinese Dream and the American Destiny Creates a Pacific New World Order. He lives in the Washington, D.C., area but considers Minnesota home; he will be speaking at the University of Minnesota’s China Center on March 27.