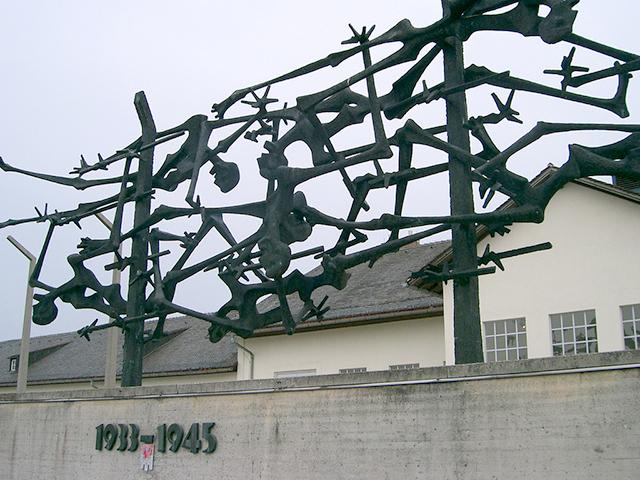 Creative Commons/edwin.11
A memorial in the Dachau concentration camp

“April is the cruelest month.”

Those words by the poet T.S. Eliot could have been written about genocide. The anniversaries of six genocides occur in April, tragedies that span nearly a century and occurred in Europe, Asia, and Africa:

Last year, the Minnesota House and Senate passed, nearly unanimously, a bill to designate every April as Genocide Awareness and Prevention Month.

The hearings in St. Paul were deeply moving. Bunkhean Chhun showed a beautiful photograph of his family that was taken in Cambodia before the genocide in the 1970s. His father had died when Bunkhean was very young but he had four siblings. He said, “There, in the picture, were my three brothers, my only sister, my mother, and I. All of them but me were killed.” Two million people perished in that tragedy.

Fred Amram talked about his 3-year-old cousin. She was killed in a gas chamber and her tiny body was turned into ashes in a crematorium in Auschwitz. Fred and his parents are the only survivors in his entire extended family; he has no other relatives. Six million Jews and millions of others were exterminated during the Holocaust.

At the hearing, I read the testimony of Zara Bezhanyan Tronnes, granddaughter of survivors of the genocide perpetrated in the Ottoman Empire during World War I, when close to 2 million Armenians died. Zara wrote, “We want recognition and remembrance of an event that lives with us to this day — recognition because this is a defining event of our existence, and remembrance because the last victim of genocide is the truth. Please adopt a resolution to proclaim April as Genocide Awareness and Prevention Month.”

Gov. Mark Dayton signed the bill into law. Minnesota became the third state in the country, following California and Texas, to pass this important legislation.

Why does this legislation matter? This bill encourages educational, faith, civic, private, and public organizations throughout Minnesota to teach about genocide. Most critically, however, it enjoins us to consider steps to prevent genocide.

This legislation follows recommendations of the Genocide Prevention Task Force, convened by the United States Holocaust Memorial Museum, the American Academy of Diplomacy, and the United States Institute of Peace in 2008. The Task Force report — issued by former U.S. Ambassador to the United Nations and former Secretary of State Madeleine Albright and former Secretary of Defense William Cohen — found that in order to prevent future genocides and mass atrocities, educating the public can help to protect individual rights and promote a culture of lawfulness to prevent future genocides.

Putting a face on the numbers

Two weeks ago was the 11th anniversary of the genocide in Darfur, the first genocide of this century, a tragedy still ongoing. Katie-Jay Scott and Gabriel Stauring, human-rights activists, visit refugee camps in Chad where hundreds of thousands of Darfuris have been living in limbo for a decade. Katie-Jay said, “Stalin once remarked, ‘One death is a tragedy. A million deaths is a statistic.’ We are dedicated to putting a face to the numbers.”  They travel across the US to schools, universities, and communities, telling the stories from Darfur, stories of more than 400,000 people murdered and three million displaced.

Last week marked the 20th anniversary of the genocide in Rwanda, 100 days in 1994 when 800,000 people perished as the world stood by. Alice Musabende, orphaned during that genocide when her grandparents, parents, 12-year-old sister, and 9-year-old and 2-year-old brothers were killed, said, “Remember with us, not because you must feel guilty, as some often say – although some people at the UN probably should – but because we are a part of you and you are a part of us.”

Two years ago we marked the 20th anniversary of the beginning of the four-year siege of Sarajevo, the longest siege in modern history, which claimed 11,541 men, women, and children. We let this tragedy happen again in Europe, still blood-soaked from the Holocaust.

What can we do? First, we must acknowledge that no president has ever been voted out of office for failing to prevent genocide. The world’s leaders do not have the political will to stop it. In order to create political will, we need a powerful international movement like the one that advocated successfully for an end to slavery in the 19th century.

This requires a massive educational campaign – part of what Minnesota’s bill supports. See the World Without Genocide website for information and listings of events, including “Besa: Albanian Muslims who saved Jews during the Holocaust,” a photography exhibit by Norman Gershman; see below for April 30 reception/film event details.

Second, we each must urge our leaders to act. We need international institutions that are strong enough to predict and prevent genocide. We need rapid-response forces for non-violent prevention; diplomatic, economic, and political intervention; and effective international courts for punishment. We need the private sector to cut off supply chains for armed groups and to invest in economic development and education at grass-roots levels, so that people have meaningful alternatives to violence. And we need to support the strengthening of civil society and the rule of law, promoting infrastructures for true democracy, not merely facilitating voting procedures that are sham elections in closed political systems.

I am grateful to Minnesota’s elected officials for designating April as Genocide Awareness and Prevention Month. For those who perished, those who survived, and those who bear witness today, we, and our elected officials, must pledge to do better in the future than we have done in the past.

(BESA Exhibit and Film: A free gallery reception will be held at William Mitchell College of Law on Wednesday, April 30, from 5:30 p.m. to 6:30 p.m., with a film (“Besa: The Promise”) and talk from 7 to 9 ($10 general public, $5 students and seniors, free to Mitchell students). Open to the public; no reservations are necessary.)