I filed for the Hennepin County 3rd District Commissioner special election to organize DEMAND from We the People for alternatives to the disastrous Southwest Light Rail plan.

I’d like to think that all elected public servants are temp workers … but this special election is the ultimate “elected temp job” — it ends in January 2015. Beyond the transit issue, let me just say: I’ll “do my homework” as needed regarding County Board issues, and will try not to do anything stupid.

Last Monday, a Republican Convention of Hennepin County 3rd District Delegates endorsed me. I am the only convention-endorsed major party candidate on Tuesday’s primary ballot.

Unfortunately, while MinnPost has profiled four unendorsed DFLers, my candidacy has been mostly brushed off and disregarded. I inquired as to why I wasn’t being profiled — here’s News Editor David Brauer’s e-mail reply:

“Our policy is to report on candidates who have some reasonable chance to influence the outcome of an election. In general, we do not report on frequent filers whose track record has been to capture minimal votes.”

So… ok… here it is. By the way… it’s true I don’t “capture” votes – but I did receive about 17,000 votes in the 2012 Republican U.S. Senate primary – spending under $1,000. Free people vote too! Many Republicans have been listening… and agreeing. But I’ve also recently presented my plans one-on-one to MNDOT Commissioner Charlie Zelle, [state] House Ways and Means Chair Lyndon Carlson, Senate Transportation Chair Scott Dibble, Mayor Betsy Hodges, and to three Minneapolis Council members, including Cam Gordon.

My Southwest Light Rail Alternative plan is laid out in a Star Tribune counterpoint — it’s on my website, with lots of additional detail, at www.bobagain.com.

Here’s the guts: let’s use Metro Mobility-size buses, and lots of them, to provide far more robust service for the corridor, with Five-Minute Service frequency. Use existing infrastructure whenever possible — specifically use Shady Oak Road to serve the Golden Triangle area, instead of bulldozing a light-rail line through it. Grade, pave and share with bikes the right of way from Shady Oak to Calhoun, then share the Greenway — to Uptown Transit Station, Lyndale, and a new Nicollet/35W/Lake/Greenway Transit Station. From there, the smaller buses will use inner ramps to go up to existing MnPASS lanes, then back and forth to downtown. 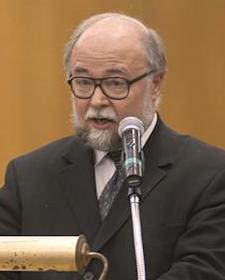 Result: a dedicated, congestion-free right of way from Shady Oak to Downtown. A trip from Uptown Transit Station to the downtown I-35W ramp will take about 6 minutes — the route then loops through the heart of downtown.

That’s “Plan A”; my website also has “Plan B”: re-route light rail to the Uptown Transit Station, then tunnel under Hennepin — surfacing near Dunwoody.

Of course, because my “Plan A” and “Plan B” routes go thru Uptown, we can and will leave Kenilworth alone… as it is… with no freight re-routing.

To see just how disastrously flawed the Metropolitan Council process has been, recall that during the “Locally Preferred Alternative” process, we were told Uptown options were unrealistically expensive because they would require tunneling. The Eden Prairie re-route added about $300 million to the cost. Now we’re talking tunnels under a bike path. That’s crazy! If the current plan had been presented initially, it would never have been accepted as a “Locally Preferred Alternative.”

My “Transit Revolution” approach is designed to produce a fast and radical improvement in Transit options for the Twin Cities. With lots of small buses, and Five-Minute Service frequency, we can and should make transit an alternative that large numbers of people will freely choose. That’s my freedom-loving, congestion-ending vision.

I have an MBA from Carlson (top 10 percent) and a core in Physics from Macalester. Last year, I wrote a 150 page e-book laying out my Minneapolis Transit Revolution plan — download it at www.bobagain.com. I am confident that over time you’ll hear more reporting on this at MinnPost, and through the mainstream media.

If you’re in my district, I’m asking for your vote for County Commissioner. We the People can and should DEMAND a fresh look at all our options for the Southwest Transit corridor. Automated driving is coming — when it’s here, a fine mesh of small vehicles and frequent service will be easier and better to convert than rail.