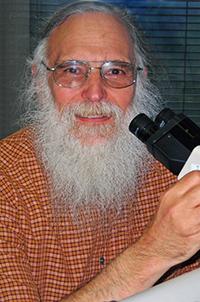 As we were waiting for our first patients of the morning to be checked in, a colleague and I discussed his experience at a university-wide committee meeting the previous day. He reported vigorous criticism of the University of Minnesota Medical School (and certain Medical School faculty), centered upon the deaths of research subjects in clinical trials. Particularly prominent in the discussion was the suicide a decade ago of Dan Markingson, a patient who became a subject in a comparative trial of newer antipsychotic agents. My colleague perceived this as old news, a lack of understanding of the realities of research into the treatment of life-threatening illnesses, and at a certain level an attack on clinical investigation by faculty from outside the Medical School.

I’m sympathetic to his perception, but I also think there are substantive reasons that the Markingson case continues to cause concern; there are questions raised by it that have never had a satisfying (public) resolution.

Some of the concerns involve the conduct of the study at this site, some involve the study design more broadly, some involve Markingson’s specific experience, and some involve the fundamental issues in conducting research involving the care of vulnerable persons. When these different themes get lumped together, an accusatory tone and defensiveness may get in the way of learning from the events.

Accordingly, I’ll not spend much time here on allegations of site-specific misconduct; I’ve never reviewed that part of the record in detail, and I don’t have much to add. I will register my disappointment, however, at the university’s response. On several occasions, we have been told that the university and its investigators have been “exonerated,” because the attorney general chose not to prosecute and the federal oversight bodies (FDA and OHRP) did not effect any sanctions. I think that most faculty members understand that a decision not to prosecute is quite a few steps shy of “exoneration,” and I think most faculty members would like to see a higher behavioral standard than “freedom from felony prosecution.”

On several occasions, it has been suggested that an outside review panel be convened, to review the case and study in detail; these suggestions have not been taken seriously (at least until very recently), which I think is unfortunate. The careful review of serious misadventures is one of our important tools for improving clinical practice; it should also be one of our key tools for improving research practice. Even if no misconduct is found and no weakness in human subjects’ protection is found, a thorough and independent review would show that the university is taking the matter seriously, rather than sweeping it under the carpet.

Looking beyond the narrow concerns of misconduct per se, there are several questions we might ask that I think are very important:

If we ask questions like these honestly and critically, we may not like all the answers. We may have to admit that we could do a lot better; we may have to admit that there are circumstances where we really don’t know what’s best. But that’s how we move forward. And improving our research practices is far preferable to abandoning our efforts.

*45 CFR §46.111(b) [Criteria for the approval of research]: When some or all of the subjects are likely to be vulnerable to coercion or undue influence, such as … mentally disabled persons …, additional safeguards have been included in the study to protect the rights and welfare of these subjects.

Dale Hammerschmidt, MD, FACP, is an emeritus professor, Division of Hematology, Oncology and Transplantation, University of Minnesota Department of Medicine.

Important questions remain unanswered in U of M Markingson case