On April 21, the University of Minnesota will award an honorary doctorate to one of its own, Kate Millett (BA English, ’56). Millett rose to national prominence with her 1969 book, “Sexual Politics,” in which she called for a  movement “toward freedom from rank or prescriptive role, sexual or otherwise.” Fellow feminist and U of M alumna Arvonne Fraser reflects here on the impact of Millett’s work. 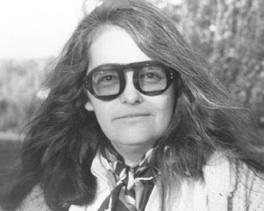 In “Sexual Politics,” Kate Millett, intelligent, scholarly, courageous and committed, took on and analyzed, through a sexual lens, male views of women expressed in the writings of literary icons like Norman Mailer, Henry Miller and D.H. Lawrence. She pointed out how damaging to women the political implications of such views were. They confirmed women as the subordinate sex, she argued.

Even before the book was published, another notable feminist, Robin Morgan, included an excerpt from Millett’s book in her “Sisterhood Is Powerful: An Anthology of Writings from the Women’s Liberation Movement,” which also became a best seller. Later, Doubleday, the publisher of Millett’s book, said “Sexual Politics” was among the 10 most important works it had issued during its 100 years of publishing, even though it let the book go out of print for a while.

My own copy, now yellow with age, is well thumbed and underlined.

But favorable public attention for Millett was short-lived. Norman Mailer — on all best-seller lists at the time — fought back with an article in Harper’s, attacking Millett’s work. And Time fed the furor with a December 1970 article that essentially labeled all women’s liberationists as lesbians. Ever honest, Millett announced she was bisexual and remained an active participant in women’s liberation groups.

Despite unfavorable, often mocking, media attention to Millett and feminists in general, the movement flourished. It should be noted the media in the 1970s was overwhelmingly white male. Millett’s and Morgan’s books struck a chord with women, especially younger women, who had not been moved by Betty Friedan’s book, “The Feminine Mystique,” which had shocked the world in 1963 by illustrating the dilemmas of being identified as a housewife. By the time Millett’s book was published, younger women had been organizing small, intimate, consciousness-raising sessions and her book fed this group’s dissatisfaction about their position in society.

NOW, the National Organization for Women, was formed in 1966, and Millett became an active participant and spoke around the country. Soon other organizations were formed, including WEAL, the Women’s Equity Action League — which I eventually headed — and later the National Women’s Political Caucus. Ms. Magazine began publication, coedited by Gloria Steinem and Letty Cottin Pogrebin.

Feminism, although derided in the major media, became news as a full-fledged movement developed.

A split developed between the younger, more radical women, often characterized as lesbians or those who followed Millett’s line of reasoning, and us “conservatives” who worked for changes in employment, education, and legal or political change. We were often amused, for rarely were we called “conservative”!

‘The liberationists and the legalists’

As in many political movements, those perceived to be more radical make those of us working for political and legal change look respectable or at least middle-of-the-road. Because the radical element serves to make the more conservative respectable, much can be accomplished.

Without Millett’s book and the women’s liberation groups we would never have had women’s studies courses on campuses, never have had Women in Development, which I headed in the U.S. Agency for International Development, nor, probably, would Sara Evans have become distinguished and rewarded for scholarship in women’s history.

Didn’t know enough to be grateful

We who participated in the late 20th-century women’s movement all had mentors who recalled the fight for women’s right to vote and for birth control. I took those rights for granted and didn’t know enough women’s history even to be grateful for my foremothers. That taught me not to criticize young women who don’t even recognize Kate Millett’s name or that of Dr. Shymala Rajender, who fought the U of M and won the famous sex-discrimination case that gave me and many others pay increases for a while. And never would the issue of violence against women have surfaced and become an international human rights issue without Millett’s “Sexual Politics.”

The personal tragedy, in Millett’s case and that of many others, is that, as pioneers, their careers and psyches suffered. Millett could never find an academic job that would support her financially, nor did she have much success as an artist. She was too early and her work too explosive for the times.

Many of us owe a great debt to Millett and other women like her who gained celebrity for a time and then were shunned. They paved the way for the rest of us.

Arvonne Fraser is a Senior Fellow Emerita at the Humphrey School of Public Affairs, University of Minnesota, and a mother of six and grandmother of seven. She is the author of a memoir, “She’s No Lady: Politics, Family, and International Feminism.” Fraser was a counselor in President Jimmy Carter’s Office of Presidential Personnel and headed the U.S. Office of Women in Development. She served from 1992 to 1994 as U.S. ambassador to the United Nations Commission on the Status of Women.

This commentary appeared first in Reach, the magazine of the University of Minnesota’s College of Liberal Arts.