Critics of the proposed changes to Minnesota’s campaign-finance law have labeled the reforms as a way for the DFL to silence opposition and tell the nonprofit community to “shut up.” The truth is that the legislation merely asks: “Who’s talking?” Its purpose is disclosure of those who are trying to influence the vote — be they Democrat, Republican, or nonpartisan. 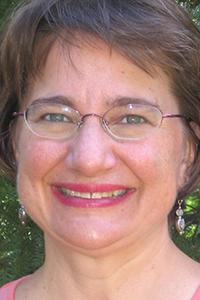 The pending legislation (SF 1915/HF1944) enacts modest reforms by expanding disclosure requirements to include electioneering communications. Disclosure applies when an organization targets recipients — such as a House district — with information, to influence the election of a candidate in proximity to an election.

If the organization reaches a designated financial threshold, it will have to identify that it paid for the ad or mailing and disclose what the organization spent and who donated the money. There are significant exceptions, such as communications to the organization’s own members.

We are in this situation because in 2010 the Supreme Court ruled that in the world of political donations, special interests are the same as people. The Citizens United decision opened the door for unlimited, undisclosed donations to political action committees (PACs), most of which specialize in mudslinging in the month leading up to an election.

The ads themselves are referred to as electioneering communications or sometimes “sham issue ads” because, although they explicitly mention a candidate with the purpose of persuading someone to vote for them or vote for anyone but them, they don’t use the “magic words” of advocacy such as “vote for” or “defeat.”

Twenty five other states already have disclosure requirements in place for electioneering communications, as does the federal government. But in Minnesota, organizations don’t even have to identify the name of the group behind such an ad, and that’s a problem. 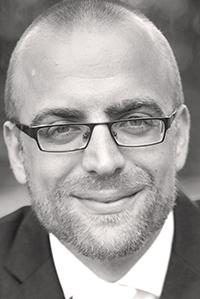 The proposed Minnesota legislation is finely tuned. Nonprofits will be able to distribute scorecards to members or post scorecards on their websites without triggering disclosure requirements. Disclosure requirements would be triggered if the nonprofit publishes the scorecard and sends it to constituents of a particular House or Senate district to influence the election of an identified candidate.

If a tax-exempt nonprofit is putting out educational materials, it will continue to be able to do so. Already 501(c)(3)s are prohibited by IRS regulations from activity to influence the election of a particular candidate, so they will not be affected at all.

Further, disclosure will be required only when communications that come under the terms of the legislation exceed $1,500 in a calendar year.

True, some activity aimed at influencing elections that was not reported in the past will now be subject to disclosure. But the outcome will be to illuminate more of the dark money that is pouring into our political system, primarily through well-financed PACs. To paint the proposed electioneering legislation as governmental overreach or as an attempt by a political party to shut out nonpartisan groups is a gross misunderstanding of this disclosure bill.

Don’t be fooled by those who would have you think this is a step backward. Citizens United was the step backward. All of us evaluate what we see and hear based in part on who’s doing the talking. This bill is a step forward so that you know who is paying to influence your vote and your elected leaders.

Jeremy Schroeder is the executive director of Common Cause Minnesota. Sherri Knuth is the policy and outreach manager of League of Women Voters Minnesota.