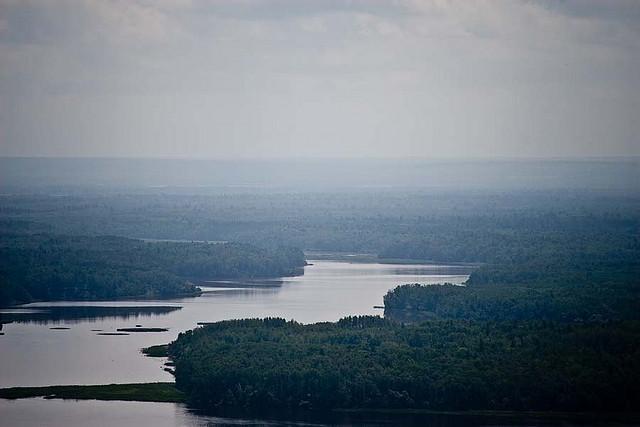 CC/Flickr/Mr. Nixter
If the St. Louis River is to be cleaned up, responsible agencies must oversee the entire watershed.

In its April newsletter, the Natural Resource Research Institute (NRRI) at the University of Minnesota, Duluth, touted its role in new efforts to clean up the St. Louis River estuary. The newsletter lists past damage to the estuary including wood waste, PCBs, mercury, filling of wetlands and harm to life within the habitat. 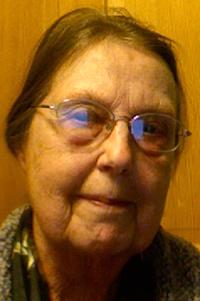 However, cleaning up polluting sources at its mouth will not save the river unless the entire watershed is protected. NRRI’s activities at the river’s terminus are at odds with its activities at the headwaters, where NRRI geologists and economists actively promote copper mining. Dean M. Peterson, a UMD geologist, is also an officer of Duluth Metals, a company developing the Twin Metals mining operation near Ely.

The St. Louis River, pristine at its source at Seven Beavers Lake in the Superior National Forest, flows westward through a wetlands area acquired under the federal Weeks Act (enacted in 1911) to preserve and protect watershed headwaters. The wetlands may soon be diminished. Rock peppered with copper-nickel and precious metals underlies the wetlands. PolyMet Mining plans to acquire a single parcel of 6,650 acres of Superior National Forest by trading to the U.S. Forest Service five privately held tracts scattered throughout. Some 912.5 acres of wetlands will be mined, but the effects will extend into the surrounding wetland. PolyMet will restore wetlands elsewhere as mitigation, but not necessarily in the St. Louis watershed, which means a loss of wetland area for the watershed.

Twin Metals will mine in the Rainy River watershed, but tailings will be deposited in the St. Louis River watershed not far from PolyMet. Sulfate pollution and wetland destruction will occur in the headwaters even before the river continues southwest into the heart of the iron mining region to receive treated municipal waste water and seepage from tailings basins and mine pits. Mercury will be added from Iron Range mines and airborne particles from coal-fired power plants.

Threat to plants and people

Sulfates plus mercury in the river system threatens wild rice and humans.

While mining planners promise to adhere to a maximum discharge of 10 mg/L of sulfates — a maximum that protects wild rice — any added load to an already contaminated river will do harm throughout the watershed.

Retired biology instructor and scientist Len Anderson, who lives downstream on the Fond du Lac Indian Reservation, sees methylation of mercury by sulfates as a large problem that lowering sulfate discharge levels will not solve. Mercury methylation is brought about by sulfate-activated bacteria that bind with the mercury in water to create methylmercury, a toxic form of mercury that is absorbed by organisms. Starting at the bottom of the food chain, it accumulates in greater amounts as it is consumed by each organism moving upward in the food chain – all the way to humans.

In a study released in November 2011 by the Minnesota Department of Health, 10 percent of newborns tested in the Minnesota Lake Superior Basin had levels of mercury that exceeded EPA dose limits of 5.8 ugl/l. Wisconsin had 3 percent and Michigan 0 percent.  In other words, the lake area being fed by the St. Louis River had the highest mercury levels.

The Minnesota Pollution Control Agency (MPCA) withdrew from the study, a spokesperson explained, because modeling was “not sufficient to give the right answer” to relationships between such things as sulfates and mercury.

According to Anderson, any water containing more than 3 mg/L of sulfate may set off the methylation process. Fast-moving water over sand, clay or other mineral substrate is oxygenated and prevents methylmercury-creating bacteria from acting. But once the water hits slow-moving backwaters or receding floodplains, the bacteria may become highly active.

Anderson says that once you’ve reached 8 mg/L of sulfates in a watershed, it doesn’t matter how much higher the sulfate level, the methylation machine creating methylmercury has been set in motion big time. Downriver, the sulfate level may be lower than 8 mg/L, but when the water carrying higher concentrates of sulfates arrives — in beaver ponds, lakes, or river backwaters and the estuary — it sets off the methylation process. The entire downstream watershed is affected.

The MPCA is generous in giving discharge variances to mining companies – as it did to Mesabi Nugget – located in the headwater streams of the St. Louis River. In March, however, the EPA reversed its approval and the MPCA must resubmit the variance for approval.

The MPCA is one agency responsible for permitting new mines. How responsibly it enforces standards is important. In 2006, the Duluth League of Women Voters released “Examining a State Agency, Minnesota Pollution Control Agency,” a study that showed that in the 1970s the MPCA Citizens Review Board was populated with people with environmental and scientific interests. This changed. The agency became “‘customer focused,’ customers being, by and large, those seeking pollution permits.” Like the revolving door between political officeholders and lobbyists, the relationship between a regulating agency and those it oversees can become blurred.

A case in point: Brad Moore, executive vice president of environmental and government affairs at Polymet, is a former MPCA commissioner (2006-2008). His duties include helping his company seek permits from the MPCA.

If the St. Louis River is to be cleaned up, responsible agencies must oversee the entire watershed. Attention must be given to upstream polluting, water drawdown for processing uses, hilltop removal, and wetland fragmentation and destruction.

Land and water areas may be reclaimed, but they cannot ever be restored to their original state.

Anne Stewart, a freelance writer and author whose work has appeared in Boundary Waters Journal and other publications, lives next to Superior National Forest land and near proposed copper mines.