Are we seeing a renaissance in public transit use by Americans? The answer is yes, if you believe a new report from the American Public Transportation Association (APTA), the transit industry’s lobby group. 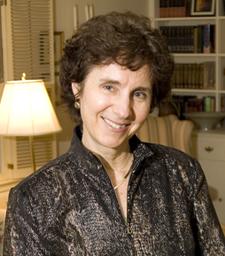 In fact, APTA’s report is a textbook example of how deceiving statistics can be.

The report states that in 2013, the number of transit trips was nearly 10.7 billion nationally — the highest since 1956, according to APTA. Michael Melaniphy, APTA’s CEO, hailed what he called “a fundamental shift” in how Americans choose to get around.

But even strong supporters of public transit like Michael Manville, David King and Michael Smart, of Cornell, Columbia and Rutgers Universities, respectively, label APTA’s numbers “deceptive.” Most transit use occurs in a “handful of dense cities”; New York City alone accounts for a third of all transit travel, they say.

Though U.S. transit trips increased by 115 million in 2013, they add, trips in New York City rose by 123 million. Their conclusion? Transit use outside New York actually “declined in absolute terms last year.”

’13 rail ridership down in Minneapolis

Randal O’Toole of the Cato Institute takes a closer look at the APTA data here and here. According to O’Toole, while rail ridership increased in Seattle and a few other places in 2013, it declined in Minneapolis, Albuquerque, Baltimore and other cities. Moreover,

[L]ight-rail and bus ridership both declined in Portland, which is often considered the model for new transit investments. Light-rail ridership grew in Dallas by about 300,000 trips, but bus ridership declined by 1.7 million trips. Charlotte light rail gained 27,000 new rides in 2013, but Charlotte buses lost 476,000 rides. Declines in bus ridership offset part or all of the gains in rail ridership in Chicago, Denver, Salt Lake City, and other cities.

Such declines in bus ridership are nothing new, O’Toole points out. Bus use often drops in cities that spend heavily on rail transit. In part, that’s because rail’s high operating costs frequently compel transit agencies to cut bus service, he says. Low-income citizens are harmed most by such cuts.

Manville, King and Smart acknowledge that—contrary to APTA’s claims — transit is actually “a small and stagnant part” of the U.S. transportation system.

Demographer Wendell Cox puts this fact in perspective. APTA’s numbers show that transit’s share of commuting increased by only 0.1 percentage point between 2007 and 2012, he says.  This rate of annual increase is so small that if it “were sustained for 50 years, transit’s commute market share would edge up only 6 percent, approximately transit’s 1980 market share (doubling to 10 percent would require 130 years.)”

The proportion of people working at home is growing more quickly, Cox points out. Between 2007 and 2012, he notes, “working at home added 1.9 times the increase in transit commuting.”  Its change in market share was greater than that of transit in 42 of the nation’s 52 major metropolitan areas.

Contrary to APTA’s suggestion, building new rail lines does not necessarily lead to an increase in rail ridership.

In Portland, the nirvana of transit advocates, transit’s market share has dropped from 8.4 percent to 6.0 percent since 1980, according to Cox. That year was the last (with data) before the opening of the first of five light rail lines and one commuter rail line there. Portland has spent billions on rail in the last 30 years, only to see transit’s market share decline. At the same time, working at home — which involves little or no public expenditure — has increased by three times the number of people attracted to transit, Cox says.

Each time someone steps on a transit vehicle, they are counted (as a boarding). A person who transfers between two or three buses to make a trip counts as two or three boardings, which is what the APTA data reports.

When rail is added to a transit system, bus services are reconfigured to serve the rail system. This can mean many more boardings from transfers without more passenger trips. This potential inflation of ridership is likely to have occurred … in all metropolitan systems that added rail systems.

Cox says that people who choose cars over public transit for most trips in all U.S. metropolitan areas are exhibiting “rational consumer behavior.” The reason is that, except for commuting in a handful of dense cities, transit is generally “slower or less convenient than the car.”

That’s why not one major U.S. or Western European metro area has a comprehensive, auto-competitive transit system, Cox suggests. A transit system that could compete with the mobility and flexibility of auto travel would require annual expenditures rivaling the total personal income of the metro area in question, he says.

In 2014, Congress will vote on new federal funding for highways and transit. Melaniphy,  APTA’s CEO, cites his organization’s report as evidence that “the federal investment in public transit is paying off,” and that a major new infusion of tax dollars is needed.

In fact, APTA wants as large a chunk of federal transportation funds as possible siphoned off for transit, counters O’Toole. Transit carries just 1 percent or so of urban travel, but already receives more than 20 percent of federal surface transportation dollars, he says.

America does have a transportation funding problem. But it’s misallocation of the transportation dollars we already spend — with too little going to roadways that almost everyone uses — not a lack of spending on transit.

Katherine Kersten, a writer and attorney, is a senior fellow at the Center of the American Experiment. She was a founding director of the center, and was its chairman from 1996 to 1998. This commentary originally appeared as a blog item on the center’s website.

There is no renaissance in U.S. public-transit use