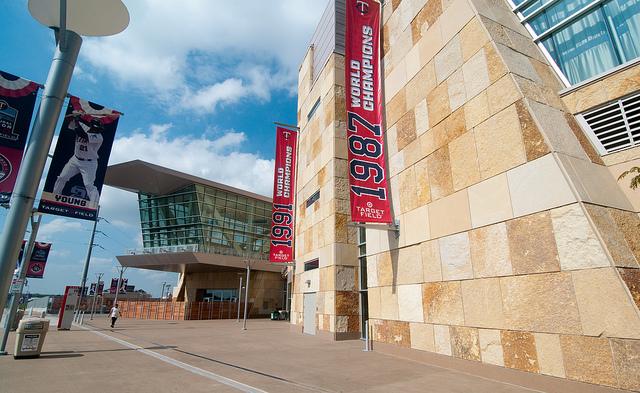 The Twins World Series Championship teams of 1987 and 1991 have taken on a mythic aura among Minnesotans. The Twins went 8-0 at home in those Fall Classics and 0-6 on the road. The fans played an integral role in each Series. The championship seasons are discussed in tones of reverence and wonder, and represent the peak of the state’s sporting history. 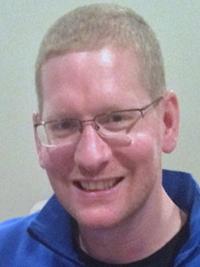 Back in the Metrodome days, if you wanted to get a look at the two hard-earned World Series trophies you just had to walk through the double doors to the right of the Twins’ ticket office on Chicago Ave., enter the adjoining reception lobby, and there they were in all of their glittering glory in a simple display case on the left. You didn’t even need a ticket.

Their placement in Target Field couldn’t be more different. They currently reside among the artisan cheeses in the ultra-exclusive Thomson Reuters Champions Club. Prices for club-level seats are not listed on the Twins website under the “Single Game Ticket” option, so I did a quick survey of StubHub of some upcoming games. The prices for Champions Club tickets were from $222 to $277 per seat.

Trophies belong in a public area

I am not trying to pick on the rich here (OK, maybe just a little); if you have a lot of money you have every right to insulate yourself from the masses and enjoy the opulent fruits of your bounty. This is America, after all. My point is, those trophies should not be part of it. They belong in a public area of the ballpark, where all fans can enjoy them.

Target Field is among the best places in the country to watch a baseball game. It’s an asset to our community and a jewel to Minnesota sports fans. But we need to be honest with ourselves when it comes to new stadiums, whether it’s Target Field, the upcoming Vikings Stadium or any of the dozens of others around the country. The average fan may benefit from the improved sight lines, increased concession options, more plentiful restrooms and overall improved atmosphere, but the real reason these sports palaces are built is to cater to corporate clients and the wealthy.

It’s about plush suites, luxury-club levels and decadent buffets. If you take a stadium tour you will see them in what I like to call the “You will never get this!” portion of the tour, but otherwise they are off limits to common man and woman. If you are still in denial, ask an usher to show you the World Series trophies next time you are at Target Field.

At the Metrodome, the people’s team

When the Twins were in the Metrodome, they were the people’s team. Tickets were plentiful and cheap. You weren’t getting anything fancy, but you were guaranteed a game for a decent price. The team itself had an edge and cohesion. The facilities played a big part of it. The Twins were scrappy underdogs, lacking revenue and space. They were easy to root for and love. You could feel it at every level of the organization.

Since the move to Target Field the Twins have lost their way, and their on-field product suffered as a result. The placement of the World Series trophies is symbolic of that.

David Zingler has been a freelance writer on the Minnesota sports scene for over 10 years. He has done work for Minnesota Public Radio, Minnesota Score magazine and Internet Broadcasting, among others.

Twins’ World Series trophies should be more accessible to fans