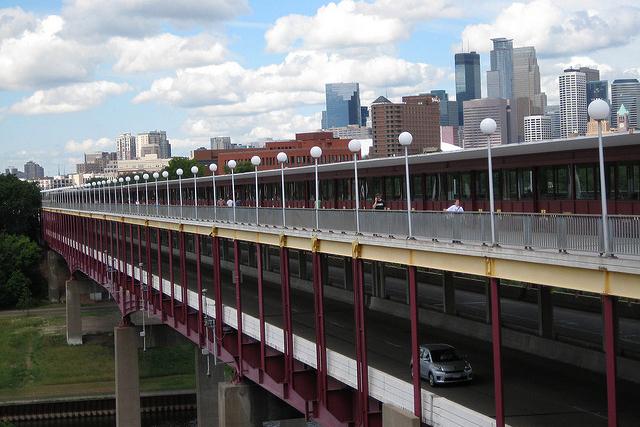 CC/Flickr/JOHN LLOYD
Almost one year into the freeze, the reality is that thousands of Minnesota undergraduate students are borrowing less, have lower indebtedness, and more time to pursue their studies instead of working.

Recently, a few individuals have expressed in Twin Cities media doubt about the impact of our recent two-year undergraduate tuition freeze for Minnesota resident students. But students are telling us they appreciate this important first step in ensuring greater access and affordability, which are important goals for the University of Minnesota.

Almost one year into the freeze, the reality is that thousands of Minnesota undergraduate students are borrowing less, have lower indebtedness, and more time to pursue their studies instead of working. The university did raise non-resident tuition this year, but our out-of-state tuition is the lowest in the Big Ten. And residence hall fees did increase by 3.9 percent this year, but they also remain among the very lowest in the Big Ten.

In addition, the university is educating more Minnesotans than ever. Consider:

Meanwhile, the university is extremely concerned about student debt, which is why President Eric Kaler made a tuition freeze among his highest priorities. The USNews website ranks our student debt at 68 among national universities and the average indebtedness of our undergraduates is very similar to that at our peer institutions.

Over the past decade, the U of M has implemented multiple programs that enable low-income students to come to campus with enough financial aid to significantly reduce tuition – or fully cover all tuition and fees for students with the lowest incomes. These programs include the President’s Emerging Scholars and University of Minnesota Promise program.

Finally, it is important to assess the “net price” of education (cost of attendance minus financial aid). The University of Minnesota campuses are among the lowest net price four-year institutions in Minnesota for students coming from families earning less than $75,000.

The university continues to focus on reducing the cost of education, maintaining access for Minnesota residents and improving efficiencies. But it’s critical to consider the whole picture when judging success. Doing otherwise is a disservice to students looking at the U of M, current students, and Minnesota families.

Robert B. McMaster is vice provost and dean of undergraduate education at the University of Minnesota.

U of M tuition freeze for resident students is paying off

By Robert B. McMaster