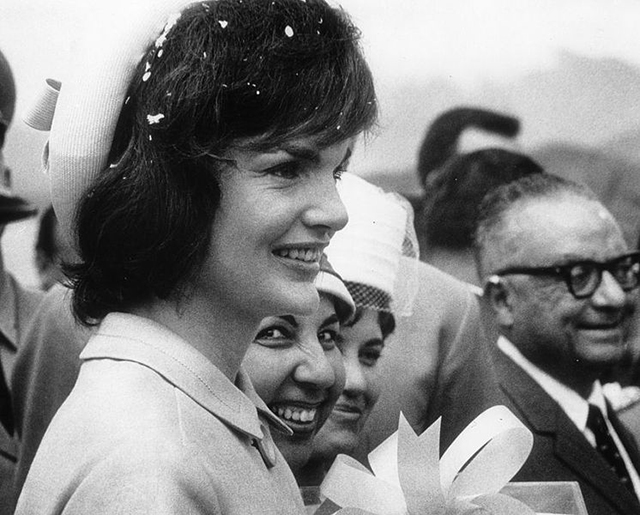 In light of Monica Lewinsky’s recent essay regarding her affair with President Bill Clinton, perhaps some of you would like to take a moment to remember someone who never wrote any such essays, much less granted any interviews, about any sort of affairs. Or about almost anything else.

That someone would be one of the last century’s most famous, most analyzed women, former first lady Jacqueline Bouvier Kennedy Onassis, who died 20 years ago on May 19. Much has changed in the world since her death, including the rise of 24/7 television and social media that often is anything but the sort of “social” the white-gloved Jackie might have approved. And thanks (or maybe no thanks) to these media, it’s quite easy for people to bare their real and/or scripted thoughts and tears on just about anything from obesity to divorces to delivering presidential pizza while wearing a fetching thong.

To be sure, it’s not as if Jackie had nothing to bare. But I have a very hard time picturing her sitting on the “Tonight Show” couch, weeping to Jack Paar about President Kennedy’s affairs. For those of you who don’t know who Jack Paar was, well, he was the closest thing to TMZ available in 1962, minus the OMGs but with doctorate level vocabulary and better tailoring. Jackie could have bared her soul, because we now know she knew about those affairs. But she did not.

Sometimes, I wish we had a video of her, perhaps stretched out on her blue silk chaise, smoking an L&M and sipping a daiquiri, and casually yet caustically telling Marilyn Monroe she could have Jack (as a number of sources varying in reputation have said she did), as long as Marilyn also assumed all of the first lady’s duties. We can only imagine if she asked if Marilyn knew consummated from consommé. But I’m guessing Jackie would have considered such a video to perhaps be amusing but quite vulgar, and just another floater in what she called “the river of sludge.”

Even now, Jackie is not spared from that river’s flow. One book released this month alleges that she said quite sludgy things about people such as Nancy Reagan and Queen Elizabeth II, and that she supposedly had affairs with lots of dashing men, including Paul Newman and Warren Beatty. Still, even if communication with the other world could be achieved by satellite, I rather doubt she would perch on an otherworldly chaise and admit or refute anything, sludgy or not.

It’s true that at one time, Jackie did speak for the record in ways that would make for slightly salacious viewing today, in the 1964 recordings she made for the Kennedy Library that were released in 2011. In the recordings, we hear matches being struck, ice clinking in crystal, and Jackie talking much more knowledgeably about her husband’s administration than many believed possible. She also said rather nasty things about people such as Lyndon Johnson and the Rev. Martin Luther King Jr. But as just about everyone she mentioned is now dead, as Jackie knew they would be once the recordings were made public, it’s not as if anyone needs to take to Vanity Fair to ask for any pillbox hats (or berets, I suppose) to be burned.

As noted earlier, we live in a time when current and would-be celebrities spill any number of guts in books, on television, or in Twitter and Facebook postings that might be better saved for therapists or death beds. But minus those 1964 recordings, we almost never heard from Jackie after she left the White House, except when she asked reporters to leave her and Aristotle Onassis alone after their wedding, and in a few pieces she wrote about historic preservation and how happy she was to be a books editor.

Live it, don’t spill it

Almost all of what we know about Jackie has been disclosed by others, only some of whom are credible. Though we’ve just learned some details of her feelings about her marriage to Jack Kennedy from 30 letters she wrote between 1950 and 1964 to an elderly Irish priest, letters that will go on auction in Ireland on June 10.

For instance, we’ve heard from enough good sources that she called President Kennedy “bunny.” We don’t know if he called her “lapinette” (little bunny). Does it matter as to what we don’t know about their French or English terms of endearment? I don’t think so. Do you feel better knowing Bill Clinton wrote in his memoir that he had to sleep on a couch (in a White House full of comfortable guest rooms) after he admitted to the Lewinsky affair? I don’t.

And so, as many devour Monica Lewinsky’s article and comment on the somewhat seductive pose she affected on a chaise for the accompanying photo (wearing, many have noted, a sultry, but clean, white dress), I wish more of us, celebrity or not, would consider words Jackie did say for the record: I want to live my life, not record it.