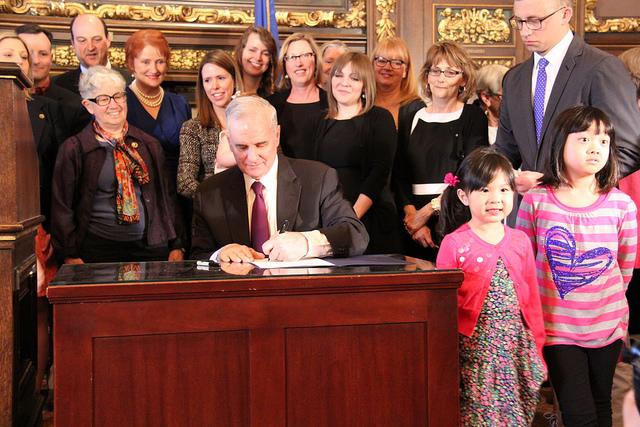 Now that Gov. Mark Dayton has signed into law our Women’s Economic Security Act, I pause to think about women and families all over the world. Last fall, I attended a conference in Washington, D.C., and met an Afghani woman, Shinkai, who, like me, is a mother and an elected official. I quickly discovered we shared similar hopes and dreams for our children and families. I was thinking about her last month as I watched — along with people around the world — as Afghanistan held democratic national elections. 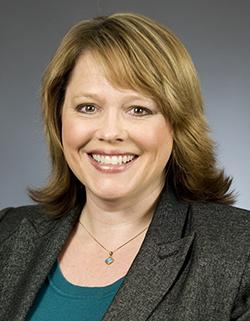 While we may not know the results of these elections for months, many observers estimate that around 7 million eligible voters cast their ballots on April 5. An estimated one-third of the 7 million voters were women. With a record number of women running for provincial council seats, and the first-ever woman on a leading national ticket, women felt more invested than ever in this election.

Here in the United States our foremothers have walked these steps toward full political participation. As a woman, a mother and a state legislator, I deeply appreciate the heroic efforts of those who have come before me, winning women’s suffrage and a voice in the realm of political discourse. Minnesota women continue those leadership efforts with the Women’s Economic Security Act and their support for other initiatives like raising the minimum wage to help women and their families.

Afghanistan is welcoming a new dawn of women’s political participation. After years of Taliban rule, enforced silence and captivity for women all over Afghanistan, this recent election marks one of the first opportunities any have ever had to participate in the running of their country. The women of Afghanistan have reason to be hopeful. Women’s participation has allowed lasting peace to be built in generations-long conflicts from Northern Ireland to Liberia.

How do we make sure that this glowing hope for change in Afghanistan is not extinguished in our time? The Women, Peace, and Security Act (WPS) of 2014 is the key. This act expands upon the first-ever National Action Plan on Women, Peace, and Security (U.S. NAP) introduced on Dec. 19, 2011, by President Barack Obama’s executive order. The National Action Plan on Women, Peace, and Security recognizes the critical role of women in preventing and resolving violent conflict and building lasting peace. It aims to protect women and girls from rape and gender-based violence and guarantees equal access to humanitarian aid in crisis situations. This plan calls for women’s meaningful participation and decisionmaking in all matters of peace and security.

As a mother and a legislator, I engage on local issues to advance the concerns of my constituents — from the economy and employment to health care. In addition, I understand that true security will not be achieved by force of arms alone. We must support the Women, Peace, and Security Act because empowering women is associated with lower poverty, higher economic growth, better nutrition and education of children, and other outcomes vital to the security of our communities. From here at home to the world at large, women’s voices and participation are crucial for building the world we want to live in.

No matter the outcome of the Afghan elections, our message remains steadfast: Women will continue to work to ensure that Afghanistan does not forget them. Women are being recognized as a powerful voting bloc, and it is increasingly apparent that candidates must address women’s rights. The new president of Afghanistan must take note of the influence women held on this election, and respond accordingly.

We must support the Women, Peace, and Security Act so that this transformation of political participation is possible all over the world. Shinkai is running for re-election in the fall parliamentary elections and will continue to be an inspiration and role model for her country and the world over.

Rep. Connie Bernardy, DFL-District 41A, is an active member of the Women Legislators’ Lobby (WiLL), a program of Women’s Action for New Directions (WAND).

From MN to Afghanistan: Women’s voices heard around the world