The Interchange in Minneapolis, while serving as a much-needed transit hub, begs the question of whether, in our auto-centric age, we have forgotten the nuances of pedestrian life.

The Interchange has opened next to Target Field in Minneapolis to well-deserved acclaim, providing a multi-modal transportation center that brings together automobiles, bikes, trains and pedestrians in a complex weave of roads and rails, plazas and platforms.

The complex, designed by Perkins Eastman and built by Knutson Construction, makes all the right urban-design moves. It provides green space and hardscape for fans to gather before and after baseball games and for residents in the growing North Loop neighborhood to relax in a car-free zone, complete with a lawn and coffee shop giving people a reason to linger.

The Interchange seems to work very well for vehicles. The trains appear to have plenty of space in which to maneuver and the cars have ample room to swing into the parking garage and to drop off passengers in a turn-around that circles under the train tracks.

And the overall movement of pedestrians seems clear enough. People getting on and off trains can see where they need to go, and those arriving on foot have both elevators and a giant cascading outdoor stair that connects the train level and the adjoining Fifth Street North.

At a detail level, though, the Interchange shortchanges pedestrians or makes somewhat empty gestures toward them. Above the tracks, for example, there stands a giant lozenge-shaped trellis that looks visually elegant but does nothing to shelter passengers waiting for trains from the rain or snow. For that, people have to huddle under the small train shelters that cover only a small fraction of the platforms. The trellis does provide a sense of arrival, but given its enormous size and minimal function, it seems like a waste of money.

Trellises also circle around the amphitheater and along the backside of the grass area. While those may someday support the climbing vines that the designers have shown in their evocative renderings, these trellises suffer from the same problem as the larger one over the tracks: They seem enormously overbuilt for the minimal shade or shelter that they provide. When people pack the amphitheater to watch a performance or sprawl across the lawn to enjoy the day, these trellises may fade into the background, but with the space largely empty, as it will be most of the time, these white-painted structures stand out as well-intentioned but somewhat gratuitous.

The more disturbing aspects of the Interchange have to do with the relationship of people to cars and trains. The sidewalk along the southwest side of Fifth Street North, for example, simply ends, directing people to cross the tracks and walk along the exterior of Target Field. This may look logical in plan, but in person, it seems perverse, forcing people to leave the side of the road and to cross two railroad tracks to continue their route. I suspect a lot of pedestrians will refuse and continue along the road, without a sidewalk to protect them. 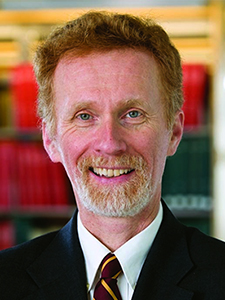 Similar pedestrian-related miscues occur elsewhere. Cars, for instance, share the lower plaza with pedestrians, providing no real separation between vehicles from people. While not a problem most of the time, that may pose a safety problem after games or other events, with people and vehicles leaving at the same time. Along the tracks above, railings separate the train platforms from the upper plaza, forcing people entering or exiting trains to funnel through a narrow passage, unable to take advantage of the adjacent plaza to queue.

Worst of all, the platforms between the existing light rail station and those of the Interchange have a space clearly not intended for passengers, but still accessible on foot, immediately adjacent to the train tracks. How many people will follow the circuitous path laid out for them by the transportation planners or take a seemingly dangerous shortcut between the platforms because they can?

The way in which the Interchange treats pedestrians points to a larger problem. Not only do transportation planners seem to prioritize vehicles over people when it comes to the design of public space, but they also appear to have lost any sense of how pedestrians actually behave.

I am sure this doesn’t stem from malice or malfeasance. It may reflect, though, our having viewed cities for so long through car windows at a speed that can blind us to the nuances of the pedestrian experience. Talking about such things may seem — well, so pedestrian — but if we don’t start making people more of a priority in big transportation projects like this, someone is going to get hurt.

Thomas Fisher is dean of the College of Design at the University of Minnesota.