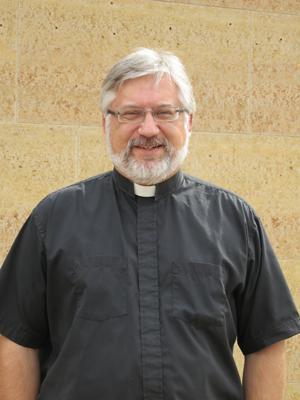 Courtesy of Minnesotans United for All Families
The Rev. Grant Stevensen

Last fall, the U.S. Senate passed the Employment Non-Discrimination Act (ENDA), a historic piece of legislation that would ban workplace discrimination against employees based on sexual orientation or gender identity, with broad bipartisan support. Simply stated, ENDA affords to all Americans basic employment protection from discrimination based on an antiquated and baseless prejudice.

This bill is closely modeled on existing civil-rights laws, including Title VII of the Civil Rights Act of 1964 and the Americans with Disabilities Act, but it also includes some specific provisions that narrowly define the bill’s scope. Specifically, it prohibits preferential treatment, prohibits the use of quotas and does not permit disparate impact lawsuits by potentially aggrieved employees, limiting the potential for frivolous lawsuits. In addition, it includes exemptions for small businesses, religious organizations and the military.

ENDA will not change what so many states have already put in place. It will, however, provide basic employment protections to people in those states that have not yet taken action on their own.

Twenty-one states, including Minnesota and the District of Columbia, already have passed laws prohibiting employment discrimination based on sexual orientation. Seventeen states and D.C. also prohibit discrimination based on gender identity. Opponents of ENDA who argue that passage of the bill would encourage frivolous and costly lawsuits need not look any further than these states that already have laws on the books. According to a 2013 General Accounting Office (GAO) report, relatively few complaints of discrimination based on sexual orientation have been filed. The fact is that these laws work, and it is time for the federal government to act.

Thankfully, in many cases, the business community is not waiting for the government to pass legislation. Hundreds of companies have enacted policies protecting their employees who happen to be lesbian, gay, bisexual or transgender. In fact, 88 percent of Fortune 500 companies have implemented non-discrimination policies that include sexual orientation, and 57 percent have policies that include gender identity. The business community understands that high quality, productive employees are not defined by sexual orientation or gender identity, and having fair employment policies and practices will help attract the best candidates for all positions.

Minnesota has been a leader on issues of equality; one need look no further than the recent activities surrounding the freedom to marry. Minnesota gathered a cacophony of loud and strong voices to make a difference and secure the freedom to marry both at the ballot and at the capitol these past two years. As a religious leader, I worked with the Minnesota United for All Families campaign and saw firsthand the power of collective voices working together on behalf of a common cause to make positive change. Minnesotans United worked with liberals, conservatives, communities of faith, and businesses to make long lasting change for equality.

My experience as the faith based coalition coordinator is best described in Genesis 1:27; “Our faiths are guided by the belief that the stamp of the Divine is present in all of us.” Discrimination against anyone dishonors this fundamental moral value at the heart of all religious traditions.

This legislation is the right thing to do. It will benefit the entire country and promote the very ideals of freedom and equality that this nation is founded upon. The U.S. Senate has done its part. It is now time for the U.S. House of Representatives to do its part: Debate ENDA, have the conversations our democracy demands, and allow our elected representatives to vote on this important legislation.

Before casting his vote in the U.S. Senate last fall, Sen. John McCain, R-Arizona, told reporters, “This is the right thing to do.”

Join me in in sharing McCain’s message to Minnesota’s congressional representatives; passing ENDA is the right thing to do.

The Rev. Grant Stevensen is pastor of the Spirit of Truth congregation.

Employment Non-Discrimination Act: It’s the right thing to do

By The Rev. Grant Stevensen