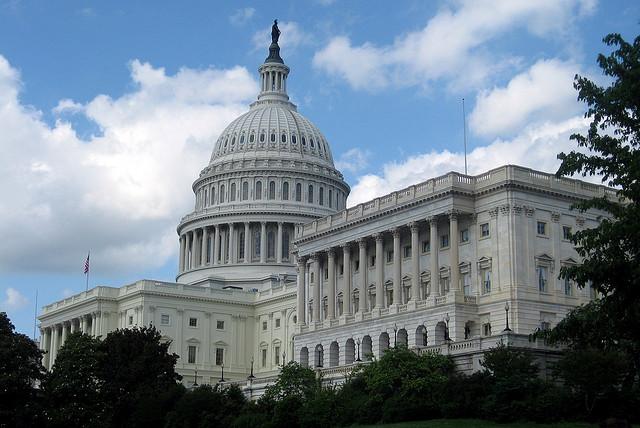 CC/Flickr/Wally Gobetz
Our nation and we its citizens need to return to a discussion of opposing views and compromise for the sake of progress.

Political gridlock in Washington, D.C., is preventing our nation from reducing our current and forecasted federal budget deficits, and has resulted in a first-ever downgrading of our nation’s credit rating. Blame usually goes to Congress and the president, but the blame may go well beyond them. We as citizens with our tendency to want to interact only with those like us and avoid those different from us may be the root cause.

C. Eugene Steuerle in his recent book, “Dead Men Ruling” describes in detail the political history of our national deficits. His contention is that our political leaders’ desire to be reelected has led them to impossible proposals for solving the federal deficit. He further argues that as a result they are shortchanging our future by not investing adequately in our children and our infrastructure.

Steuerle sees Republicans promising tax cuts but then being unwilling to make the cuts necessary to balance the budget. They learned that making sufficient cuts is politically unpopular and can jeopardize their control of the presidency or U.S. House.

President Bush II is a good example of the Republican problem. He cut federal income tax revenues, but did not make the cuts necessary to offset the reduced revenue. As a result, the federal deficit ballooned during his tenure.

The Democrats have a similar deficiency, but it’s the opposite of the Republicans. Democrats promise continued spending but are unwilling to raise taxes on the middle class to balance the budget. They have learned that middle class voters don’t want higher taxes and that passing increases can lead to their loss of control.

Collectively the Congress has locked in spending increases and tax cuts that produce our deficits. Worse is the fact that neither the Congress nor the president has to do anything to keep it going. The spending and tax cuts are largely permanent.

Attempts at a “Grand Bargain” in which Republicans raise taxes and Democrats cut spending are doomed because of the fear of political retribution. The days of statesmanship are long gone as both parties appease their own constitutencies. Trust and compromise are missing, and that makes solving the federal deficits near impossible. Yet, Americans say that they want fiscal progress.

Republican and Democratic Congress members are getting re-elected regularly with their current partisan polarization so maybe we voters are the problem. Apportionment of congressional districts has often placed us in politically homogeneous districts, so Congress members can take more extreme positions. Rep. Eric Cantor found out that even as a conservative he could lose an election to an even more conservative candidate in a largely Republican district.

Apportionment of politically homogeneous districts is made easier by our penchant to live around those who are like us. A recent Pew Research poll indicated that both Republicans and Democrats prefer to live and befriend their fellow partisans. We talk politics with people that believe as we do. We no longer participate in discussions across party lines. We don’t try to find middle ground that both Republicans and Democrats could support.

Former President Bill Clinton in a recent speech at the University of Minnesota pointed out that biologist E.O. Wilson in his book “The Social Conquest of Earth” indicated that humans are a special species because we cooperate like few other species on earth. We need to cooperate politically again if we are to make progress going forward.

Our nation and we its citizens need to return to a discussion of opposing views and compromise for the sake of progress. We need to vote for candidates who can compromise, who will stop the automatic spending and tax cuts, and who will lower the federal deficit. In that process, they also should realize that our spending and tax policies should be investments in our nation’s future.

I am going to take a Republican to lunch, talk about the federal deficit, and begin the process.

Jay Kiedrowski is a Senior Fellow at the Public and Nonprofit Leadership Center at the Humphrey School of Public Affairs at the University of Minnesota.