I’m a U.S. citizen who spent most of the last year in Colombia, where I sought medical treatment for my cancer. At the time, as an uninsured and uninsurable patient, I knew that I had two choices when I was diagnosed: get treatment in the United States and face probable bankruptcy, or go somewhere else. 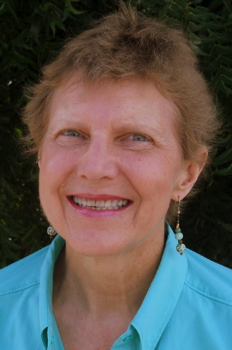 In Colombia, I found first-class medical facilities, well-trained physicians and health professionals, and a completely transparent cost system. I paid up front for everything — from surgery and hospital stays, imaging, laboratory testing, infusions, radiation, doctor’s fees, nursing care, and facility fees. By my best estimate, I paid between one-tenth and one-fourth what I would have in the United States.

One dramatic example: I received a course of 25 radiation treatments at a modern facility that could have been located anywhere in the United States. In fact, the cancer clinic I went to is a partner institution with the famed MD Anderson Cancer Clinic in Houston, so I received the same treatment as I would have there.

The machines that delivered the radiation were new and manufactured in California. A radiation oncologist was in charge of my treatment, and I not only saw her several times, I had her email address and cell phone number in case I had questions. The radiation was guided by CT scan. The cost for all of this? About $2,400 U.S. in total. What I found is that in the States, each treatment would likely cost that much, and the oncologist’s fees would be additional.

I am now insured under the Affordable Care Act — thank you, President Obama! Insurance companies can no longer deny coverage.

The big problem now looming in U.S. health care is cost. Until we can find some way not only to control costs but also to roll them back to an affordable level, providing health care will remain one of the largest problems facing the American public. Even if you have very good employer-paid insurance, employers are paying out much more per worker than they did 10 years ago. Perhaps if they paid less, your employer could afford to give you a raise.

Why does it cost so much?

Why does the same treatment cost so much in the United States? It isn’t that the doctors are trained better, or the facilities more modern (sometimes), or the drugs and testing so much better. They aren’t.

There are two big reasons why so many health care dollars are wasted in the United States:

To rein in our administrative costs, addressing the first point, we could look to France for a way to revolutionize our medical records. Every French man, woman and child is given a green card, called a Carte Vitale, the size of a credit card with an embedded chip. This card contains all medical records — every blood test, doctor visit, imaging result, patient history, everything. It is read by a small machine that is portable so that every office, facility, pharmacy, and even a nurse or doctor visiting a patient’s home (gasp!) can read all information and add to it. There are many other examples of administrative cost saving in other countries, if we would only look to how health care is delivered elsewhere.

Some simple rules regarding profits for health care providers and Big Pharma could rein in the other big leakage in our health care dollars. Simply requiring providers to be nonprofit is not enough — there needs to be some control on shareholder profit. Why not make the American public the shareholders in their care?

On the pharmaceutical side, authorizing Health and Human Services to negotiate lower prices for Medicare Part D would be a big first step. There were three bills in Congress to address this issue; none of them went anywhere last session. Taking another leap and authorizing this negotiation (which the VA and Medicaid have done for years) for the Affordable Care Act would pass these savings along to many more people.

The rising costs of health care in the United States are simply unsustainable. Sixty percent (!) of all personal bankruptcies in the country are due to medical costs. When a patient needs treatment the most, when they have a life-threatening illness, is often when the patient will lose his or her job, and consequently, their health care coverage. Even worse, of those bankruptcies that are due to medical costs, 75 percent of those people had insurance that was inadequate. It’s no wonder people from other countries think our health care system is simply cruel.

Americans pay twice as much per capita as the next most expensive country, Norway. For all of this spending, our health statistics are getting worse. Our life expectancy is 78 years, ranking 29th in the world. Other prime indicators, especially infant mortality, are in similarly bad shape.

For $2.6 trillion in 2011, or $8,508 every year for every man, woman, and child, we aren’t getting our money’s worth. What I did was to take my dollars overseas and avoid throwing them away on wasteful practices and administrative costs and profit-driven providers. What I got was incredibly good treatment, virtually the same as I would have at home.

Other countries, such as France, Germany, Great Britain, Canada, Australia, the Netherlands, Taiwan, Japan, New Zealand, all have health care costs far below what we pay per capita. We could benefit from learning how other nations have managed their health care costs. An interesting read along these lines is “The Healing of America,” by journalist T.R. Reid (2009).

Debra Axness is writing a narrative of her experience in Colombia. She lives in Minneapolis.

Debra Axness is recovering from treatment for breast cancer. She is writing a memoir of her experience of what is was like to undergo cancer treatment in another country.