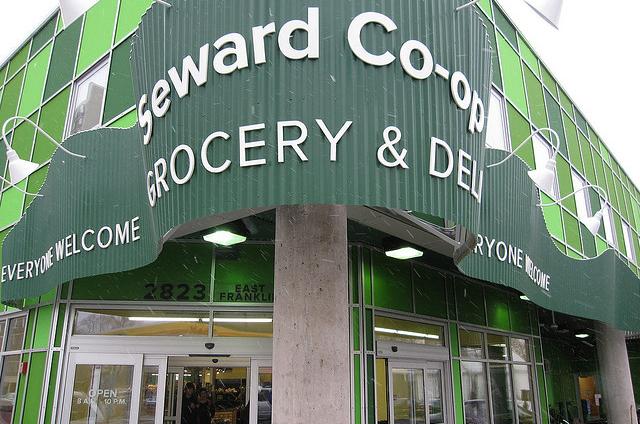 The jar of Eden Organic pasta sauce sits on a shelf at Seward Community Co-op. It is an odd emblem of a skirmish between sexism, sexual fetishes and human rights. But so it is.

Seward Co-op’s slogan is “Everyone Welcome.” That is nice to hear in this diverse near south Minneapolis neighborhood. The co-op dedicates itself to “a healthy community that has: Equitable economic relationships; Positive environmental impacts; and Inclusive, socially responsible practices.” In that order. It sells foods that are made without antibiotics, hormones and poisons.

People are even more important. The co-op seems to agree. It stocks fair trade coffee and chocolate — I know the debatable honesty of these labels, but the commitment matters. It says workers should be treated fairly. Its own workers get a living wage.

Eden Foods Inc. convinced the Supreme Court that it had a religious objection to including women’s contraceptives in its health insurance. For a long time, some insurers would cover Viagra but not birth control pills. Michael Potter, Eden’s CEO, wore his Catholicism on his sleeve when he went to the Supreme Court.

‘None of my business what women do’

He is actually cruder than that. Why does he object to providing birth control? “Because I’m a man, number one and it’s really none of my business what women do,” he told Salon. “I’ve got more interest in good quality long underwear than I have in birth control pills.” “I don’t care if the federal government is telling me to buy my employees Jack Daniel’s or birth control. What gives them the right to tell me that I have to do that?”

Tom Vogel, Seward marketing manager, Community Co-op, says the co-op stocks Eden Organic because it is organic and small-farm. As he sees it, Eden’s policy against providing contraception is a debatable “political viewpoint.”

Sorry, Tom, there is nothing debatable here. Reproductive choice is an internationally recognized human right. Organics are nice, but don’t have that standing. Eden Organic’s policy is:

An employer has no more right to dictate the form of an employee’s moral choices than a landlord has a right to tell a Jew that she cannot have a menorah or to refuse to rent to lesbians or ethnic minorities. This controversy is not about politics. It’s about human rights.

A co-op is a community of members who do not embrace Eden Organic’s autocrat’s worldview, understanding of medicine, or crude sexism. The co-op will have to find a supplier of fair trade organic pasta sauce that respects workers’ rights. It should not be hard.

Steven H. Miles, M.D., a professor at the Center for Bioethics, University of Minnesota, is the author of “Oath Betrayed: America’s Torture Doctors.”

Contraceptive-coverage controversy is about human rights, not politics