While the impact of the refugee crisis at the U.S.-Mexico border is being felt most dramatically in Texas, Arizona, and other southwestern states, we can expect it to affect us all. On one day this week, The Advocates for Human Rights — based in Minnesota and about as far from the Mexican border as one can get — interviewed two unaccompanied children, ages 9 and 14, and a mother who, with two children under 5, fled their home countries and endured horrendous journeys to get to the border and to safety.

As Congress considers steps to weaken protections for children seeking safety at U.S. borders, Americans need to consider why record numbers of children are fleeing their homes and how we should respond. 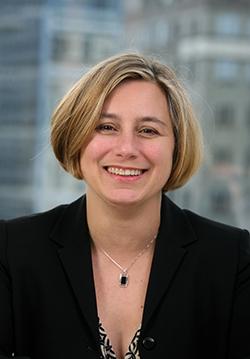 First, Central American children and families are leaving Honduras, El Salvador and Guatemala to escape violence and what is essentially an undeclared regional war. This forced internal and international displacement reflects on-the-ground humanitarian crises in these countries, and the dangers are not new. Since 2008, there has been a steady of stream of people fleeing.

In fact, the number of asylum applications made by people from Honduras, El Salvador and Guatemala in countries other than the United States has soared a whopping 712 percent, according to the UN High Commissioner for Refugees (UNHCR). Even Nicaragua, one of the poorest countries in Latin America, saw a 238 percent increase last year in asylum seekers from its neighbors, according to UNHCR Senior Protection Officer Leslie Velez. Efforts to aid countries in the region, while far short of the money needed, may be a good start at digging at the root causes of the problems driving children and families from their homes.

Second, U.S. immigration policy has not caused this crisis. Rather, this humanitarian crisis is the result of the breakdown of the rule of law in the sending countries. It is not an “immigration problem,” and it will not fixed by deploying more enforcement resources to apprehend illegal border crossers or by weakening international protection systems.

The United States already spends approximately $18 billion on immigration enforcement, including nearly $2 billion on detention operations. While any issue of migration always raises concerns about impact on U.S. immigration policy, focusing on the border issue without recognizing the humanitarian obligations associated with this regional refugee crisis fails to address the problem. The current push to undermine the Trafficking Victims Protection and Reauthorization Act of 2008’s basic screening mechanisms for children is just the latest misguided — and deeply troubling — effort to blame a regional refugee crisis on U.S. immigration policies.

Third, the Obama administration’s declaration of the crisis as a serious humanitarian situation is correct and appropriate. But it must not be combined with efforts to deter people from seeking safety. The refugee protection system emerged following the horrific failure of the international community to protect people fleeing the Holocaust. International refugee law, to which the United States has long been committed, was designed precisely to ensure that people fleeing persecution would not be turned back at the border before being given the chance to explain why they need protection. Efforts to deter people from seeking protection — whether through warnings not to bother coming because deportation is inevitable or through the use of detention as a deterrent to asylum seekers — are wrong.

Fourth, the United States must commit resources to ensure that everyone with protection claims meets due process worthy of our justice system. It is critical to ensure that our country’s humanitarian protection system works, is fair, and upholds American values.

Claims for protection based on fear of persecution, torture, or human trafficking may be complicated — and nearly impossible for an unrepresented 5-year-old to present on his or her own — but they are both legally and morally justified. Resources must be dedicated to ensure that children and families who have fled for their lives have the opportunity for their protection claims to be articulated and considered. That means providing increased numbers of immigration judges and asylum officers to adjudicate claims and attorneys to represent them. Without proper hearings and proper, effective adjudication, we will be returning children and families to serious harm and placing them back in the hands of persecutors and traffickers.

Michele Garnett-McKenzie is the director of Research, Education, & Advocacy for the Advocates for Human Rights. In addition to have represented asylum seekers, McKenzie serves on the national leadership team of the Immigration Advocates Network and previously chaired the national steering committee of the Detention Watch Network and the Minnesota State Bar Association’s Human Rights Committee. She is a member of the American Immigration Lawyers Association.

Crisis at the border: We must ensure that humanitarian protections work and American values are upheld