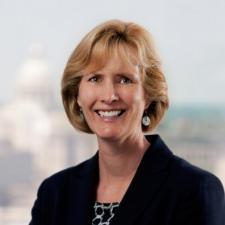 A recent report by Michigan Future Inc. comparing Minnesota and Michigan claimed that high government spending and high taxes are the road to economic success. It’s true that Minnesota has done better than Michigan, but much of that is likely due to our more diverse economy.

The Michigan report uses a sample of two states, very limited data and questionable analysis to justify its conclusion. In addition, remember that the 2013-14 legislative sessions put Minnesota’s spending and taxes on steroids with double-digit increases and cost burdens among the highest in the nation. The economic impact of these decisions may not be factored into our economy for some time. But we do know that these tax and spending changes will make it more challenging for employers to grow and succeed in Minnesota.

Minnesota’s above-average taxes and higher services have been the go-to model for years. Why assume the policies of the past will be a winning combination for the future? The world has greatly changed from the 1970s, and Minnesota businesses must compete regionally and globally. We need to consider which successful economies we want to compare ourselves to that rely on forward-looking tax and investment policies that encourage greater business retention and growth.

Rather than significant tax increases to fuel long-term spending commitments, a more 21st-century-approach would have been to make significant reforms in the way public services are delivered. That way, Minnesotans – including businesses – would get the services we need, but at a competitive price. True to our heritage, our most capable public policy experts have been developing and circulating public service “redesign” proposals for years – only to be ignored, especially so in 2013 and 2014.

Dismissing the cost of doing business in Minnesota will be at our peril. The individuals who make investment, expansion or location decisions evaluate cost on a level with quality. Minnesota is at great risk of pricing itself out of the market unless we hand out special incentives to minimize the cost disadvantage. As a result of the 2013-14 sessions, our business costs now rank among the highest in the nation – 49th worst in the 2014 Small Business Tax Index (Small Business and Entrepreneurship Council), 47th worst in 2013 Entrepreneurial Index (April 2013, Kauffman Institute) and 47th worst in the 2014 State Business Tax Climate index (Tax Foundation).

Minnesota has many reasons to brag. We are blessed with beautiful natural resources and a strong work force. We rank high on many indicators, including quality of life and educational attainment. A diverse economy has helped Minnesota outpace the national economy and rebound from the latest downturn more quickly than many other states.

However, troubling indicators do not bode well for Minnesota’s long-term economic future. Our 12-month job growth is lagging the national rate, Minnesota exports declined in 2013 compared with 2.8-percent national growth. Recent surveys of businesses have found the state’s regulations and business taxes are viewed as a limit to growth by a significantly higher percentage of Minnesota participants. (2014 Manufacturing & Distribution Monitor, McGladrey). We continually hear from businesses expanding outside of Minnesota because of increasing costs.

What we know for certain is that business costs in Minnesota rank among the highest in the nation and are increasing. The big gamble – the unknown – is whether the new spending will improve the quality of state services enough to offset the additional burden.

The Minnesota Chamber of Commerce advocated spending reforms and efficiencies to deliver quality services at a more competitive cost. Our approach would have provided a more prudent and less risky strategy – a blueprint that would benefit all businesses and put Minnesota in a stronger position to develop and grow our economy for the long term.

Beth Kadoun is director of tax and fiscal policy for the Minnesota Chamber of Commerce.