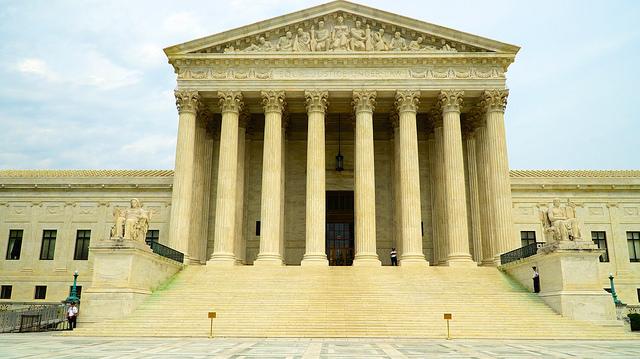 CC/Flickr/Ted Eytan
In the name of religion, the court majority granted owners of for-profit corporations special rights to deprive their employees of basic health care.

In the Hobby Lobby opinion read by Justice Samuel Alito, the U.S. Supreme Court majority showed itself to be elitist, patriarchal, and partial to religious views that mirror its own. In the name of religion, the court majority granted owners of for-profit corporations special rights to deprive their employees of basic health care.

With apologies to Elizabeth Barrett Browning, the takeaway for employees seems to be, “How does the court nullify thee? Let me count the ways.”

1. Corporations are deemed to be people.

In the spirit of the “Citizens’ United” opinion of 2010, which gave corporations First Amendment rights for the purpose of political contributions, Alito wrote for Hobby Lobby, “Protecting the free-exercise rights of closely held corporations thus protects the religious liberty of the humans who own and control them.” That such protection allows corporate heads to trample on the rights of the flesh and blood people they employ was not mentioned. For Hobby Lobby, 13,000 employees with their own ideas on health care and religion are affected.

2. Corporations get to have their cake and eat it, too.

We little people might wonder why the people who create corporations get to be protected as neutral legal entities separate from themselves when it suits them (legal liability) and yet also are able to control the most intimate parts of their employees’ lives under the guise of “sincere” religious belief. After all, such sincerity would be clear religious intolerance (discrimination) if attributed to neutral for-profit corporations.

3. Closely held corporations get special treatment because families own them.

Alito spoke as if closely held corporations were a few special cases singled out for exemption instead of the vast majority of corporate interests. In truth, about 90 percent of corporations are closely held. Many are huge. As Justice Ruth Ginsberg pointed out in a footnote to her dissent, “Mars Inc. [the candy company], with 72,000 employees and $33 billion in revenue, and Cargill Inc., with 140,000 employees and $136 billion in revenue,” are closely held companies.

4. The government can pick up the bill for corporations.

Alito insisted the employees of Hobby Lobby wouldn’t be burdened because government can pay for health care benefits corporations object to the same way it does already for actual religious organizations. He is A-OK with taxpayers picking up the insurance tab for for-profit corporations in the name of religious freedom.

5. Corporations never will object to anything on religious grounds other than contraceptives.

Alito and his four cohorts — all middle-aged or senior Roman Catholic males — deny that they are setting precedent for corporate religious objections of all kinds and scoff at the notion that there will be lawsuits about vaccinations or psychiatric care or Sharia dictums.

Of course to be as intrusive as Hobby Lobby is into women’s lives (interfering in the privacy of doctor-patient decisions and even contraceptive choices for spousal lovemaking) it would have to be something along the lines of orthodox Jewish factory owners insisting that male workers prove they’re circumcised.

Much more likely are the religious objections corporations will claim toward people who are lesbian, gay, bisexual, or transgender.

6. The Supreme Court knows sincerity when it sees it; scientific facts don’t matter.

The court majority doesn’t say how “sincere” corporations will be sorted out from the opportunistic. Certainly, they don’t care that Hobby Lobby’s investments include pharmaceutical firms making both the contraceptives objected to in court and outright abortion drugs. Plus, Hobby Lobby buys from China where abortion is state policy. The court majority also dismissed scientific studies showing Hobby Lobby’s objected-to contraceptives do not actually cause abortion.

7. Although the ruling affects only women, the opinion isn’t gender-biased.

Because 99 percent of women use contraception as basic health care during their reproductive years, there would be no case without gender.

Cases about “religious freedom” are really cases about sex and who has the power to control it in society. Justices in the current court majority prefer corporations; they do not trust the people.

How does the Supreme Court nullify thee? Let us count the ways