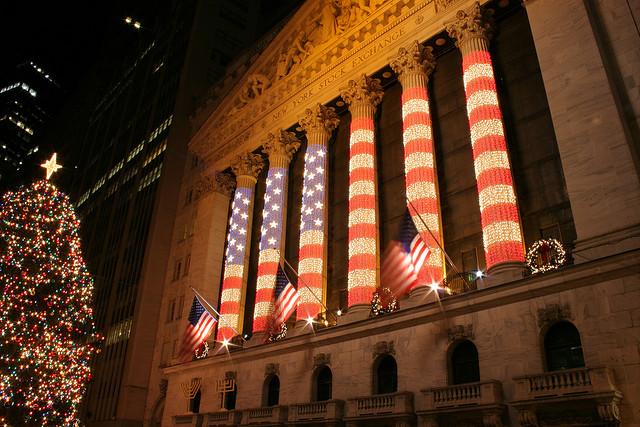 CC/Flickr/Chris Brown
Free up corporations to act politically and religiously and consumers and shareholders will come to judge them not just based on their return on investment but on these values.

The significance of the recent Supreme Court Hobby Lobby decision transcends its ruling on contraceptive coverage and the Affordable Care Act (ACA). Its importance is in how it transformed and potentially weakened the American corporation in powerful ways.

Burwell v. Hobby Lobby tested the constitutionality of a requirement of the ACA that employer health insurance include contraceptives. Owners of a corporation named Hobby Lobby contended that this mandate violated their free exercise of religion rights protected under the Religious Freedom Restoration Act (RFRA).

The law states that: “Government shall not substantially burden a person’s exercise of religion.”  The court said that “person” included corporations. To the objection that corporations cannot exercise religion the court responded by declaring, “All of this is true — but quite beside the point. Corporations, ‘separate and apart from’ the human beings who own, run, and are employed by them, cannot do anything at all.” With this sentence the conservatives on the Supreme Court obliterated a legal distinction central to American corporate law.

The corporate/individual distinction served American business well for nearly two centuries. It facilitated the creation of great wealth for many, encouraged risk-taking and innovation, and allowed for people to act collectively.

Effectively, the laws said that the purpose of business is business, not politics, echoing the sentiment of economist Milton Friedman, who said in his famous 1970 article “The Social Responsibility of Business Is to Increase Its Profits” that if business executives wish to be socially responsible and ethical they should spend their own money and not that of their shareholders. Businesses cannot be ethical; people can be.

The Supreme Court has forgotten this point. First in the 2010 Citizens United v. Federal Election Commission decision the court declared that laws restricting the political spending of corporations violated their free speech rights. Now in Hobby Lobby it is saying that laws that require some corporations to pay for contraceptives coverage in their health insurance plans violate their religious rights. In both cases the court refused to distinguish the individuals from the corporations they own.

This creates two problems. First, with both decisions the court has conceded that corporations are acting as alter egos for individuals. In lawsuits, demonstrating this is often a critical component to piercing the corporate veil and holding individuals personally liable for acts of corporations. Hobby Lobby sets precedent for future lawsuits holding shareholders and officers personally responsible for corporate acts.

Second, the Citizens United and Hobby Lobby decisions undermine the political neutrality of corporations. Free up corporations to act politically and religiously and consumers and shareholders will come to judge them not just based on their return on investment but on these values. Expectations will now be that businesses will have to toe a party line when it comes to politics and religion. Companies will come to be viewed as Christian, Jewish or Muslim, pro-choice or pro-life, Republican or Democrat. Acting politically and religiously, corporations open themselves up to boycotts, protests and demands that are sure to alienate  many customers and divide shareholders and boards.

Finally, for those who are truly religious, the mixing of business and religion will do no more than commercialize faith. Religion will be judged by the business company it keeps.

While conservatives may celebrate Hobby Lobby, the decision potentially does more to transform corporate structures and operations than many reformers have ever been able to do in their demands to make businesses more socially accountable.

How the Hobby Lobby ruling transforms and weakens the American corporation