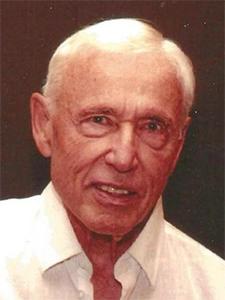 Myles Spicer wrote MinnPost’s very first Community Voices commentary — and many, many more. Though none of our staff had met Myles in person, we came to know him through his reliably spirited opinion pieces as well as nearly seven years of email exchanges. We were shocked and saddened to learn of his recent death in California.

It was last weekend that retired MinnPost news editor Don Effenberger sent me an email expressing surprise at a Star Tribune article and sharing the link to its obituary. Myles Spicer, it said, had been killed in a car accident on June 14.

Myles, who had retired, had been a snowbird — spending summers in Minnetonka and winters in warmer climes. But with the death of his wife and the sale of his business, he wrote to me in June of 2013, he’d sold his Minnetonka house as well and took up year-round residence in Palm Desert, Calif. He said he’d begun submitting commentaries to The Desert Sun there and was happy to be seeing them published.

So he’d be sending MinnPost fewer submissions, he wrote — but we still managed to publish another seven of his commentaries.

Myles followed national and international news avidly; his piece on MinnPost’s first day began, “As a disaffected Minnesota Democrat, I feel the strong need to take our new senator, Amy Klobuchar, to task for an incredibly disappointing vote: her recent vote on the renewal of FISA — the Foreign Intelligence Surveillance Act.”

His last commentary for MinnPost, “Tempest over the Bergdahl deal is mostly irrelevant,” was published June 10. A great one for interacting with commenters on his pieces, Myles last posted a comment on June 13, the night before his accident.

Fond of capital letters, ellipses, exclamation points and bold-faced type, Myles probably wondered why much of his work was translated into roman fonts and gentle italics, but he seemed to relish being edited. And I appreciated his willingness to occasionally insert himself — often in self-deprecating terms — into his writing, as in “The dark side of cyberspace — and why I became a perpetual pain to my friends” and “A liberal finally ends a (political) love affair with Obama.”

His emails frequently carried the same tone, as in this one last year: “Anyway, wrote this. Highly partisan. Kind of edgy. If you reject would understand fully.”

Sometimes we did (he was prolific!). But his body of MinnPost writing is long, and we will miss him.

On the loss of Community Voices contributor Myles Spicer