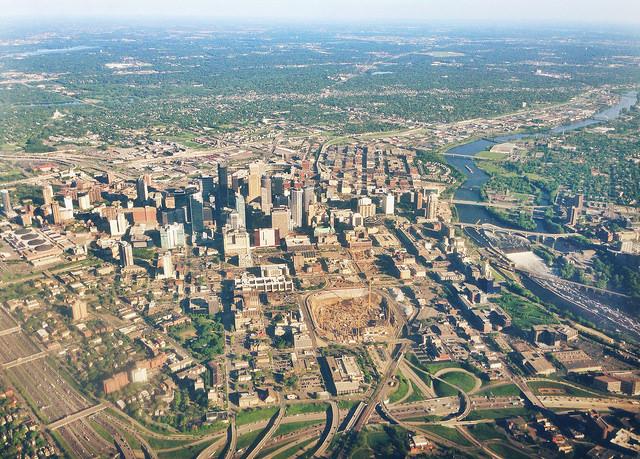 CC/Flickr/Tony Webster
While the job market in Minneapolis is reportedly booming in certain sectors, there are many individuals who remain unemployed, underemployed and, in some cases, uncounted.

A July 2 MinnPost Glean item linked to a story reporting that the Twin Cities is enjoying the lowest unemployment rate of any large metropolitan area in the country. However, it failed to mention that the 13-county metropolitan area has the largest racial disparities in employment in the United States.

While the job market in Minneapolis is reportedly booming in certain sectors, there are many individuals who remain unemployed, underemployed and, in some cases, uncounted. To ensure that all members of our community succeed, we need to develop solutions that provide equity and opportunity for everyone.

According to the 2013 “oneMinneapolis” report by the Minneapolis Foundation, 77 percent of whites in the Twin Cities are employed, compared to only 52 percent of blacks and 39 percent of American Indians. In addition, a white person in the Twin Cities is three times as likely as a black to be hired, regardless of education level, according to the Economic Policy Institute. These statistics illustrate that there is a racial divide in our city that has long been perpetuated by lack of access and lack of solutions to ending the cycle of poverty and dependence on assistance.

What these statistics don’t take into account is the demographic shift under way in Minnesota that will dramatically change the racial landscape of the area. According to Wilder Research, by 2020 there will be a 42 percent increase in the amount of working-age people of color. By 2040, people of color will make up nearly 45 percent of working-age people in the Twin Cities. The sooner we embrace this shift as our future, the better equipped we will be to develop solutions that will enable regional economic growth, while leveling the playing field and providing opportunity for future generations to be the source of our economic vitality.

I challenge the city and county to stop funding programs that have outlived their usefulness and to focus their efforts on expanding work-force development programs that prepare and place low-income minorities and women into jobs and careers in key growth sectors such as construction and health care with the marketable skills the private sector wants. This will reduce the inequities of the region that place us No. 1 in the country for disparities between whites and people of color.

We need to change the formula because the current efforts are getting us the current results.

The fact that the overall unemployment rate in the Twin Cities has decreased to 4 percent is a step in the right direction. However, despite good times and bad, over the last 25 years the disparities between black and white in the local economy have persisted and worsened. We need that reality to change not just for black people, but for the future health of the Twin Cities economy.

George Blackwell is the chairman of the board of Summit Academy OIC, a nonprofit accredited work-force development training center in Minneapolis.