Last week the gun-violence-prevention movement lost one of its fiercest champions when Jim Brady died. Brady was a survivor of gun violence himself who, together with his wife, Sarah, went on to courageously lead efforts at bringing about the federal background check system that today bears his name. 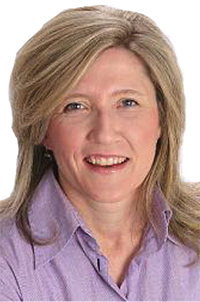 Sixteen states have closed this loophole. Sadly, Minnesota is not among them, leaving our communities and families at heightened risk for gun violence.

90 seconds to stop criminals from buying

That’s why Americans overwhelmingly agree that background checks are a sensible way to reduce gun violence. Polls consistently show that 90 percent of the people in this country – including 82 percent of gun owners and 74 percent of NRA members – support criminal background checks on all gun sales.

But the gun lobby has worked hard to preserve the loopholes that allow felons, domestic abusers and the dangerously mentally ill to buy guns.

We know that closing loopholes in existing background check law is the single most effective thing we can do to keep guns out of dangerous hands and reduce the number of Americans killed with guns every day. Making this happen though, is going to take real leadership. That’s why any candidate who wants my vote is going to have to commit to taking a stand on this issue.

Because of these loopholes, criminals and other dangerous people can flood the market for firearms on sites like Armslist.com – and they frequently do. A 2013 Mayors Against Illegal Guns study found that 1 in 30 gun buyers on the site has a criminal record that prohibits them from owning firearms, but the thousands of “private sellers” on Armslist are not required to run a criminal background check. Likewise, a national survey of prison inmates found that nearly 80 percent of those who used a handgun in a crime acquired it without a background check.

These loopholes are deadly. In 2012, a background check blocked Radcliffe Haughton – who had a history of domestic abuse – from buying a gun at a gun shop, so he logged onto Armslist, bought a gun without a background check, and then killed his estranged wife and two other women at a spa in the town of Brookfield in our neighboring state of Wisconsin.

The statistics are clear. People are being shot everyday in our communities across our country and we can do something about it. I’m not a politician, lobbyist or victim of gun violence. I’m not against people legally having guns. I’m a mother, who along with millions of other moms across our great country, want to prevent gun violence ever happening to my family, or anyone else’s family.

I know that, like me, my fellow volunteers with Moms Demand Action feel the same. We will continue calling on our state leaders to close the background check loophole. And we will keep this in mind when we go to the polls this November.

Minnesota needs to step up

It’s time for leaders in Minnesota to take a stand as well. Real lives are at stake. Gov. Mark Dayton and members of the Minnesota Legislature deserve credit for passing important legislation last May that will keep guns away from convicted domestic abusers. Now, let’s urge our legislators to take up the cause of closing deadly gun loopholes when they get back to work this upcoming January.

And let’s make sure that come election time we honor Jim Brady’s legacy by voting for legislators who will take a stand and keep our families and communities safe from gun violence. At Moms Demand Action we call this having “gun sense.” In the words of my neighbor, “it’s called common sense.”

MariAn Klein is a mother, wife, and business owner. She is a volunteer with Moms Demand Action for Gun Sense in America – Minnesota Chapter. Moms Demand Action is a pro-Second Amendment, nonpartisan, gun violence prevention organization.